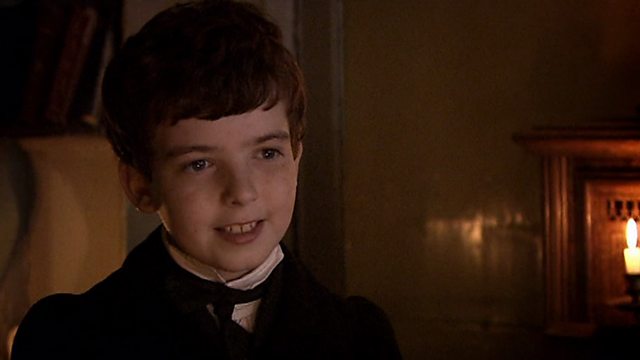 A powerful drama based on the true story of Charles Dickens's secret childhood.

This year marks the 200th anniversary of the birth of Charles Dickens, and this film tells the story of the writer's troubled childhood.

Dickens's father was habitually in debt and young Charles's education suffered as a consequence. Though he dreamed of going to school he was sent to work in a blacking factory to earn a much needed wage. Small wonder, having been a child labourer himself, that Dickens would in later life rage at the exploitation of children by the Victorian economy.

The cast includes Michael Maloney as the adult Dickens, Robert Daws as his father and Maureen Beattie as his mother.