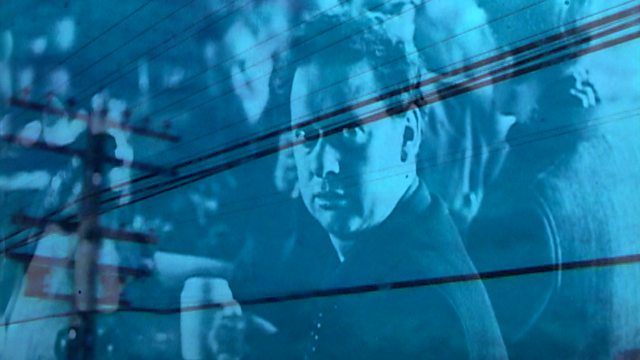 Dylan Thomas: From Grave to Cradle

An examination of the work and the legend of Welsh poet Dylan Thomas in the year of the 50th anniversary of his death. (2003)

Author and broadcaster Nigel Williams examines the work and the legend of one of the most famous poets of the 20th century, Dylan Thomas.

Born in 1914, Dylan Thomas was an unruly and undisciplined child who was interested only in English at school and was determined from childhood to become a poet. Little did he know that he would eventually become world-renowned.

Cited by Bob Dylan, John Lennon, Van Morrison and other cultural icons as a profound influence, Thomas occupies the space more readily associated with the likes of James Dean and Jack Kerouac, both of whom he preceded.

But it was his death that truly made him a legend. Did Dylan Thomas really die after drinking 18 straight whiskies at The White Horse in New York? Was he a genius or a sponging, womanising drunk?

The film unravels the myth by tracing the poet's biography backwards, from his much written about, much lied about death to the heart of the Dylan Thomas story and his beginnings in a quiet street in suburban Swansea. (2003)

Radio Ha! It's Time for Just a Minute

Buffalo Bill's Wild West: How the Myth Was Made

This programme is part of a collection of classic documentaries chosen to celebrate Arena's 40th anniversary.
Arena at 40

reflect the broadcast standards and attitudes of their time, which may not accord to some current BBC editorial guidelines. We aim to select programmes which can be shown in their entirety but in some cases edits are required.