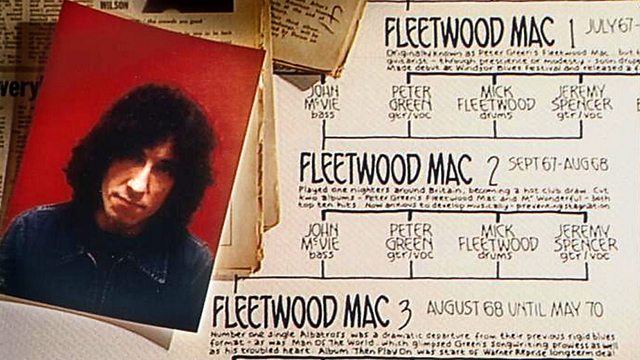 Series that looks at pop history. Formed in 1967, Fleetwood Mac have had many different line-ups. Mick Fleetwood, John McVie and Stevie Nicks tell the story.

A series that takes a fresh look at the last 30 years of pop history, using family trees compiled by music journalist Pete Frame to explore the dramas that lie behind some of the best-known bands.

Fleetwood Mac, formed in 1967, have survived many different line-ups, but band members have paid a high price for their success. Key figures including Mick Fleetwood, John McVie and Stevie Nicks tell the band's story.