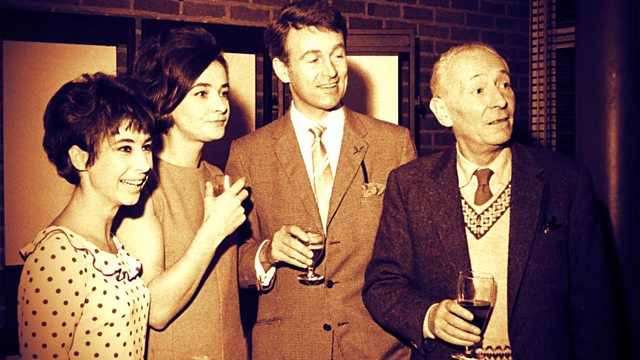 Tracy-Ann Oberman, comedy star and sometime Doctor Who enemy, celebrates the minds behind a Time Lord. Featuring The Reunion, Dance of the Daleks and Whatever Happened to Susan?

Five decades doesn't mean much to a time traveller, but after fifty years, the Doctor is still a mystery.

Radio 4 Extra doesn't have all the answers, but we can shed a little light. Not just a TV phenomenon, Doctor Who has also taken us into strange new sonic realms and the written word. Mark Gatiss examines the Target novels, which offered a glimpse into those early stories before video. We hear from surviving cast and crew of the original pilot episode, the people who gave the show its unique sound in Dance of the Daleks, and finally we catch up with Susan - the Doctor's Granddaughter, last seen on 22nd-century Earth.

In between, John Lloyd, AL Kennedy and others who recall those monochrome early years examine what makes them so special. Hosting it is Tracy-Ann Oberman, not only a star of Friday Night Dinner and Eastenders but a Doctor Who villainess in her own right.

Tracy-Ann Oberman is an actor and writer with an extensive variety of diverse credits; Big Train, Toast of London and Monroe to name but three. For Doctor Who fans she will be known as Yvonne Hartman - the woman who saw off Rose and set up Torchwood.

The Making of Prisoner of the Sun

See all episodes from Doctor Who

On the Outside it Looked Like An Old Fashioned Police Box

Mark Gatiss, Doctor Who writer and fanatic, explores the hugely popular Doctor Who novelisations of the 1970s and 80s, published by Target books. Featuring some of the best excerpts from the books and interviews with publishers, house writers, illustrators and the actors whose adventures the books tirelessly depicted.

The Reunion – Doctor Who

Sue MacGregor reunites five people who created and starred in the first series of a television landmark, Doctor Who. Fifty years later, those who crammed nervously into the BBC's Lime Grove Studios in 1963 recount the triumphs and disasters that ushered in the longest running science-fiction series in the world. Joining Sue MacGregor is Waris Hussein, the director of the episode, Carole Ann Ford who played the Doctor's granddaughter and companion Susan, William Russell who played the Doctor's right hand man Ian Chesterton, actor Jeremy Young who was the first Doctor Who enemy Caveman Kal, and television presenter Peter Purves who travelled with William Hartnell in the mid 60's as companion Steven Taylor.

Dance of the Daleks

How do you make a sink-plunger seem scary? Matthew Sweet, who spent the Saturday tea-times of his youth peering at the television from behind the sofa, time-travels through Doctor Who's 47-year history to investigate the weird and wonderful soundworld of its incidental music. He talks with some of the composers who have contributed, in very different musical styles, to the enduring success of the programme over the decades.

Whatever Happened to Susan Foreman?

A mockumentary starring Jane Asher and Andrew Sachs.  It examines the life of a Susan Foreman, the Doctor’s granddaughter through the realistic lens of a researcher conducting an interview with a subject. Last seen in decimated London after a Dalek invasion, where is the Time Lord's relative now?

Enter the World of Doctor Who 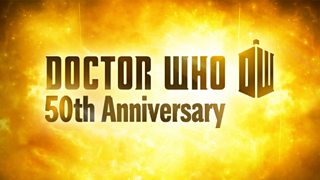 More Doctor Who from Radio 4 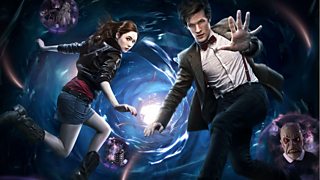