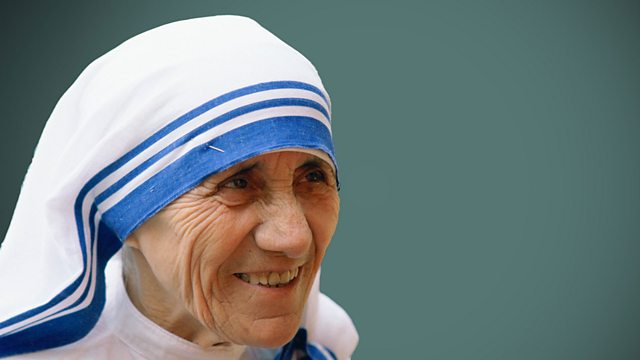 Comedian Bernard Manning assesses the achievements of Mother Teresa of Calcutta. With Humphrey Carpenter and biographer Anne Sebba. From October 2002.

The biographical series in which a distinguished guest chooses someone who's inspired their life. Will their hero stand up to intensive scrutiny and merit the description of having led a great life? From October 2002.