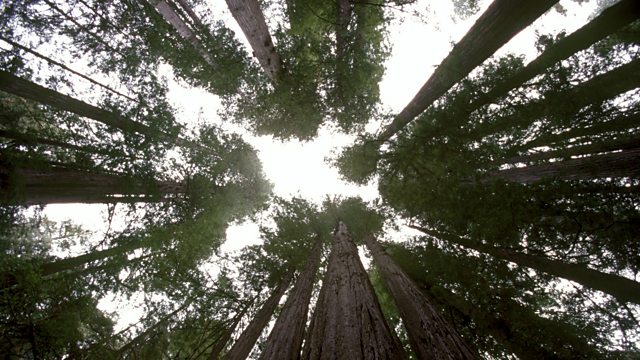 Documentary series which celebrates our planet in all its glory. David Attenborough reveals the greatest woodlands on earth, from the northern Taiga to Madagascar.

David Attenborough's documentary series which celebrates our planet in all its eclectic wonder. He reveals the greatest woodlands on earth, from the evergreen forests of the frozen north to the deciduous dry forests of the equator.

The Taiga forest is a silent world of stunted conifers cloaked in snow and ice. The trees form a belt that circles the globe, broken only by ocean, and contains a third of all trees on earth. Here, animals are scarce, with just a few charismatic loners like the wolverine and lynx.

By contrast, the broadleaf forests of North America and Europe bustle with life. The most startling illustration happens just once every 17 years, when the nymphs of the periodical cicada burst from the soil in the biggest insect emergence on the planet.

In California, witness the cameras fly up the tallest trees on earth: giant redwoods over 100 metres high. See General Sherman, a giant sequoia, ten times the size of a blue whale, and the largest living thing on the planet. Close by are bristlecone pines, so old they pre-date the pyramids and were already 2,500 years old when Jesus Christ was born.

The baobab forests of Madagascar are the strangest of all. The bizarre upside down trees store water in their swollen trunks and harbour strange wildlife, such as the tiny mouse lemur, the world's smallest primate.

See all clips from Seasonal Forests (9)