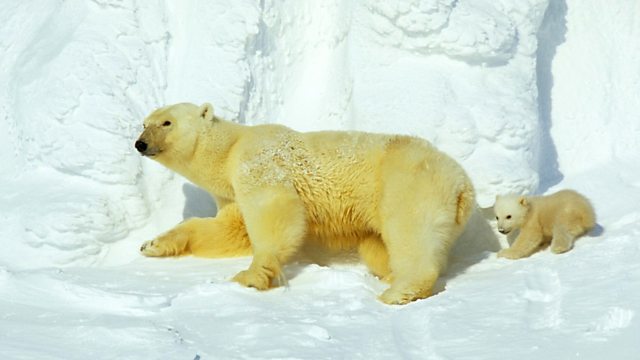 From Pole to Pole

The documentary series which celebrates our planet in its natural glory reveals how the sun's seasonal journey affects the lives of all creatures.

This episode journeys across the planet, from pole to pole, following the influence of the sun and discovering how its seasonal journey affects the lives of all who live on earth.

As spring arrives in the Arctic, a mother polar bear emerges from her den with two tiny cubs. At the other end of the planet, winter arrives and emperor penguins are plunged into darkness for four months, enduring the coldest temperatures on the planet.

From the Amur leopard in Russia to the birds of paradise in Papua New Guinea, no stone is left unturned to bring you the rarest and the weirdest creatures on earth.

See all clips from From Pole to Pole (9)