Close menu
BBC One
Life in the Undergrowth
Main content 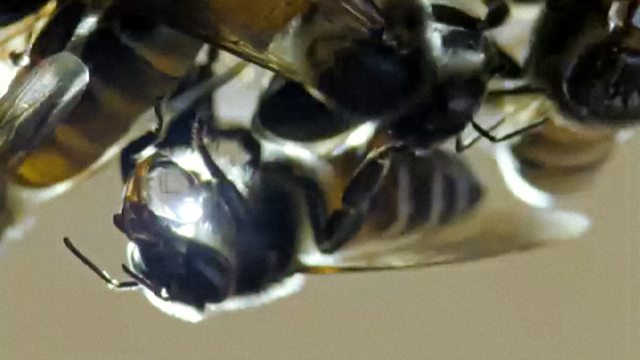 Life in the Undergrowth
Episode 5 of 5

David Attenborough uncovers an intriguing network of incredible partnerships as he continues to explore the world of the invertebrates.

It is easy to be dismissive of invertebrates because they often pass us by unnoticed due to their small size. Yet some invertebrates have overcome the limitation of their small size by banding together in huge numbers. Many of these societies are so finely tuned in the way they operate that it is as if they were a single being - or, in the words of David Attenborough, a 'super-organism'.

By working together these tiny creatures can achieve great things. African termite mounds act as huge ventilation systems and are so sophisticated in their structure that humans are only just unravelling how they work. Yet insect societies are not all shining examples of cooperative utopias. As a bumblebee colony reaches its maximum size towards the end of summer, conflict spreads among the female workers and eventually they turn on their mother - the queen - and sting her to death. The programme also reveals what happens when two insect societies meet head-on, as matabele ants raid a nearby termite mound. The ensuing battle lasts just 15 minutes and ends with a most horrific scene of carnage.

See all episodes from Life in the Undergrowth

See all clips from Supersocieties (5)