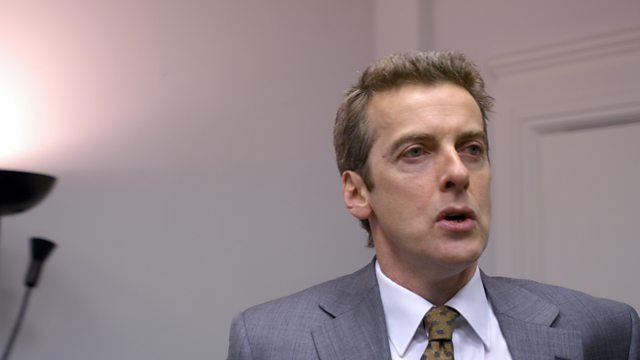 Satirical comedy set in and around the world of British politics. Newly appointed Minister for Social Affairs, Hugh Abbot, faces a policy crisis.

The newly appointed Minister for Social Affairs, Hugh Abbot, is on his way to a secondary school in Wiltshire to announce the setting up of a 'Snooper Squad' and, in his own words, "plant his flag firmly on Richard and Judy's sofa". Unfortunately, he's ordered by Number Ten's communications supremo, Malcolm Tucker, to kill the policy stone dead. Hugh and his advisors have just forty minutes to come up with an extremely popular policy that costs nothing.

See all episodes from The Thick of It