How can I spot the signs of depression?

Depression is one of the most common forms of mental illness. Learn to spot the signs in yourself and in others so that you can seek early treatment. 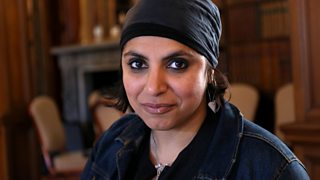 1 in 4 of us here in the UK will experience a mental health problem each year, and depression is one of the most common. It affects an estimated 350 million people worldwide, and the World Health Organisation predicts that by 2030 more people will be affected by depression than by any other health problem.

For too long, depression has been viewed as trivial or as a sign of weakness but that couldn’t be further from the truth. Depression is a real health condition and one that can happen to anyone, regardless of gender, age, background or occupation.

We all go through periods of feeling sad, confused, angry or withdrawn, but in clinical depression these feelings persist over long stretches of time to the extent that they significantly disrupt a person’s life.

There is no single cause of depression and the things that trigger it vary widely from person to person, but the most common is a traumatic life event such as a bereavement, a relationship breakdown, losing a job or a serious health issue. Various other factors can also play a role, such as sleeping problems, menopause, side effects to medication and poor diet and fitness.

In some cases a genetic predisposition can increase your chances of suffering from depression.

Signs and symptoms to look out for

The symptoms of depression are many and varied and everyone’s experience will be different, but there are some common red flags to look out for in yourself and in others.

What to do if you spot these signs in yourself

Although these are feelings, thoughts and behaviours that can happen to any of us for short periods of time, the advice from the NHS is that if these symptoms are continuous and occur for most of the day, every day for more than two weeks you should visit your GP.

Another important thing is to try and talk about things with a friend or relative.

What to do if you spot these signs in others

If you think someone you know has depression, the most important thing to do is to listen. Often just talking and sharing their feelings can be a big help to someone with depression. Try to listen without judgement and be compassionate and encouraging.

You could also encourage the person to see their doctor or find other forms of support. Be patient — don’t tell someone to ‘snap out of it’ or ‘cheer up’ as this is not something that a person with depression is able to do.

If your GP thinks you may have depression this will probably be assessed to determine whether it is mild, moderate or severe, and they will discuss with you which treatment might be most suitable.

A common treatment for depression is Cognitive Behavioural Therapy (CBT). This is a talking therapy that teaches you to identify negative thoughts and feelings and offers coping strategies to help deal with them.

By learning to identify and counteract negative thoughts, we can break the cycle and stop them from leading to negative behaviours.

For more severe forms of depression your GP may prescribe anti-depressants which boost the activity of particular brain chemicals (such as noradrenaline and serotonin) that are thought to play a role in regulating mood. They can help to lift the mood, but they can also come with side effects.

Other things you can do to help

There are also things you can do in day to day life that can help with depression. These include:

Although people with depression can sometimes feel like there is no way out – it is possible to manage the symptoms, break the cycle and make a full recovery.