'Beautiful yet powerful' is how BBC Radio 2's Artist in Residence Thomas Small wants people to think of his new work which is an artistic response to stories heard on the station around Children in Need.

The contemporary dance choreographer from Dundee has drawn on his own experiences working with disadvantaged children in Scotland for the work which he hopes sends out a message about the inner strength many display despite their challenges. 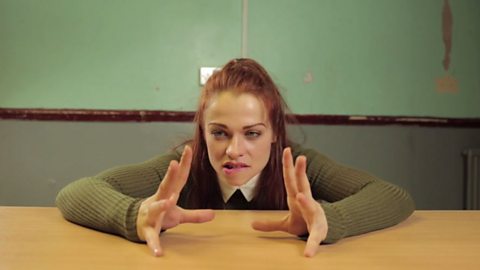 The Artist in Residence said he didn't want to make the work, Lost but Found, too melodramatic yet wanted to ensure it reflected the harrowing situations faced by some children.

There's a lot of beauty in the movement which I think signifies this inner strength which many of these children have.
Thomas Small

Although the underlying message is one of hope.

"I wanted to get into the heads of young people so that people could understand what had happened to them," he told Get Creative.

The story is of a woman in her 20s looking back at her teenage years, performed by dancer Miranda Mac Letten. It was filmed in a variety of locations including a pool club, chosen because it signifies an element of toughness.

"The locations are not beautiful but hopefully they evoke the stories that we hear around Children in Need," he said. "As she throws herself onto concrete there's a lot of beauty in the movement which I think signifies this inner strength which many of these children have."

The 38-year-old volunteers with young people with care issues, as well as working with them on creative projects.

"It started making me think about youth groups and the funding they got from Children in Need and how important it was to help them do the work that they do, especially around help and advice."

Lost but Found is the second artistic response by Thomas Small, who was named as R2's Artist in Residence following an open competition judged by a panel including The Arts Show presenter Claudia Winkleman and pop artist Sir Peter Blake.

As part of his year long residency, funded in partnership with the digital arts organisation The Space, he will make at least four artistic responses to R2's programming and events.

A scene from Lost But Found 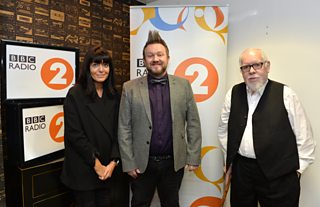 In association with digital arts organisation The Space, Radio 2 offered the unique opportunity for a working artist to win a golden pass to Radio 2 events for 12 months in return for a minimum of four artistic creations.

Thomas will be awarded a £15,000 bursary provided by The Space, who will separately cover all materials and expenses up to a maximum budget of £20,000.

The work was judged by a panel, including one of the UK’s most iconic artists, Sir Peter Blake, Radio 2 Arts Show presenter Claudia Winkleman, Radio 2 controller Bob Shennan and Anthony Lilley, interim CEO and Creative Director of The Space.

More dance on Get Creative