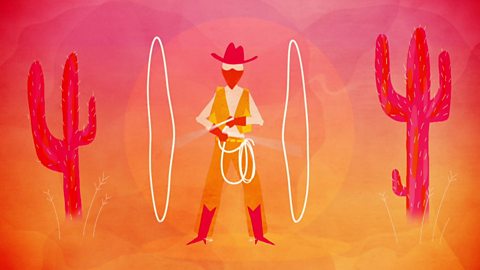 Rodeo takes us to the exciting, dramatic world of cowboys, cowgirls and the American West. A hoedown is a dance competition that is often described as noisy and riotous. The music is full of vigour and energy as the cowgirls and boys pair off.

This is music about real people and their folk tunes and customs; it's full of open plains, a sense of adventure and the American pioneering spirit.

Listen out for: The main theme of the Hoe-Down. It's actually taken from a traditional folk song called 'Bonaparte’s Retreat' by William H. Step. 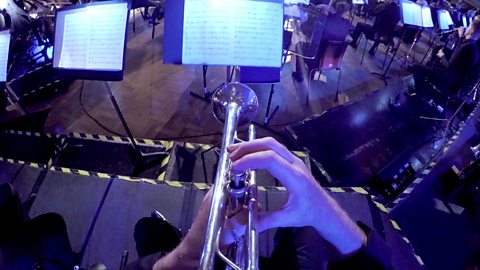 Watch the full performance of Copland's piece by the BBC Symphony Orchestra. 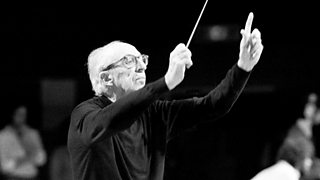 Aaron Copland (pronounced AIR-uhn KOHP-luhnd) was possibly the most famous American composer of the 20th century. He was one of the first 'serious' American composers to carve out his own path amongst the much more famous songwriters and jazz musicians of the 1920s. His music is said to 'sound like America' and often features a large, open sound (like the vast American prairies), and complex rhythms (like cowboys on horseback). Copland was born and brought up in Brooklyn, the youngest of 5 children all living above their father's grocery shop. Copland learned piano with his sister and started writing down ideas at the age of 8. By the age of 15 he had decided to be a composer and his love of European music led him to Paris and to study with famous music teacher Nadia Boulanger. When he returned home he began writing music in many different styles including three symphonies, four ballets and several film scores. He also became a great teacher and supporter of younger composers. After his death from Alzheimer's disease he left most of his fortune to the Aaron Copland Fund for Composers which supports young composers and performing groups. The fund is so large that it will continue to support young musicians for decades.