Who'd have thought it? Surprising facts about our favourite foods

We love bread, chocolate and dairy products so much that Britain is home to some seriously impressive production lines! But how do your kitchen essentials make it to the shops (and consquently, the cupboard)? Try our snackable facts and satisfy your hunger for culinary knowledge! 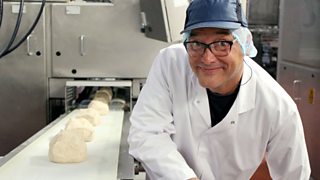 The secret to the perfect slice of bread - that can be buttered without ripping - is a process developed in the 1960s called four piecing: a dough ball is cut into four and turned through 90 degrees before it’s dropped into the baking tin. Most bakeries use this process to improve the structure and texture of their loaves. 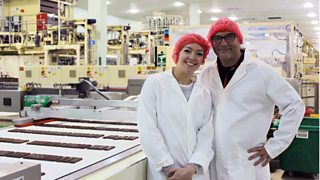 Cherry and Gregg somehow manage not to taste the chocolate!

Most of our biggest selling chocolate brands in the UK today can be traced back to a single decade over 80 years ago. Dairy Milk, Mars, Kit Kat, Aero, Maltesers – they all burst onto the scene in 1930s Britain during what has been called the 'Chocolate Wars'. 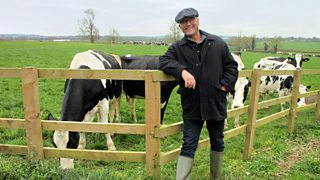 Gregg hangs out with some friendly dairy cows

The first stage of processing milk is to spin off almost all of the fat content, leaving skimmed milk. The fat is then added back in to create full fat and semi-skimmed milk.