Eight mysteries from the deep sea

In Radio 4's Tracks: Abyss, a boat mysteriously sinks in the North Atlantic and Dr Helen Ash must find out why. To mark the final series of the award-winning conspiracy thriller, we take a look at some other fascinating ocean mysteries. Some have been solved, others still have us scratching our heads. 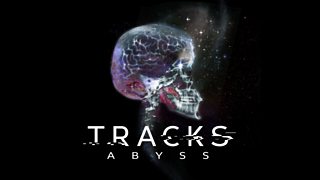 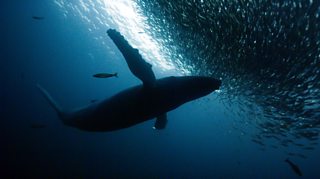 The eerie 'Bloop’ was once thought to originate from a whale

In 2011, a group of divers looking for treasure and salvage in the Baltic Sea took a sonar image of a 70-metre-long and steely-looking object lying 300 feet below sea level. Some claimed that ‘The Baltic Sea Anomaly’, as it came to be known, was a UFO, its resemblance to the Millennium Falcon in Star Wars fuelling that speculation. Others said it was the remains of a lost city. When scientists looked further into the anomaly, they came to the conclusion that it was a huge glacial deposit left over from the thawing glaciers that carved out much of the Baltic Sea basin.

It sounds like a horror movie monster, but ‘The Bloop’ was actually an ultra-low-frequency, high amplitude underwater sound. Detected by the US National Oceanic and Atmospheric Administration (NOAA) in 1997, the sound was loud, unprecedented and eerie. Explanations offered included covert underwater military exercises, whales, giant squids or a totally unknown sea creature. However, it seems glaciers were once again the culprit, with the sound judged to be consistent with ice calving, where large chunks of ice break off a glacier. 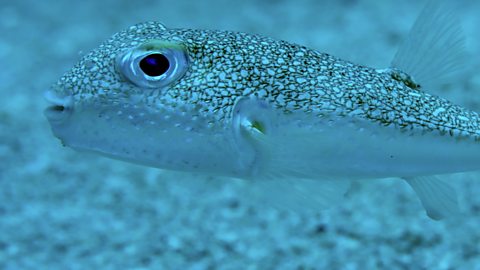 A Japanese pufferfish makes an extraordinary sand sculpture to attract and win a mate.

Measuring up to six metres across and sometimes decorated with shells and coral fragments, these ornate circles were discovered on the seabed near southern Japan in 1995 and remained a mystery for 16 years. As with crop circles on land, alien interference was cited as an explanation. However, in 2011, researchers discovered that it was the male pufferfish – at just five inches long – that was building them. The pufferfish were observed to spend days swimming in and out of the circle area, using their fins to dig into the sand. What was all the effort for? To attract a mate!

Years before the discovery of the perplexing circles on its seabed, southern Japan was the site of another ocean mystery. Plato’s mythical city of Atlantis has inspired a number of stories about lost civilisations under the sea. One of the most recent, and most intriguing, was spurred on by the discovery of the atmospheric ‘Yonaguni Monument’ in 1986 by a local Japanese diver. The sandstone ‘monument’ has an impressive symmetrical form, including what look like steps. A number of people – including academics – have concluded that the structure is man-made. However, a number of other experts pointed to the similarity between the monument and nearby land formations, with Boston University natural sciences professor Robert Shoch pointing out that sandstone breaks into straight edges and so gives the illusion of deliberate construction. 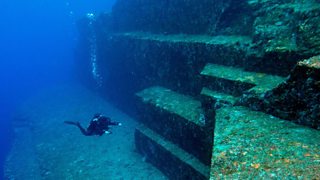 The rock formations near the island of Yonaguni 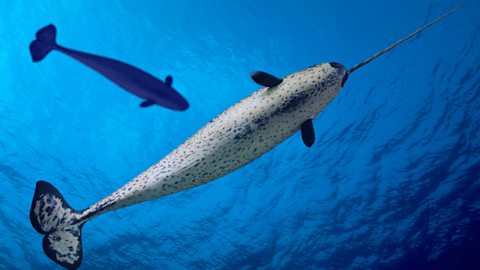 Narwhals: listen to the unicorn of the sea

Follow the mysterious lives of Narwhals, one of the world's most elusive cetaceans.

The narwhal is another puzzling creature form the depths, and the function of its long tusk has been the subject of much debate. Many researchers believe it is used for sexual seduction, much like antlers on a deer. Other theories suggest the tusk is a sensory organ able to detect changes in the environment or a weapon for doing battle with other narwhals and predators. In 2017, drone footage recorded by Canadian scientists suggested that Narwhals can use their tusk to stun fish while hunting. 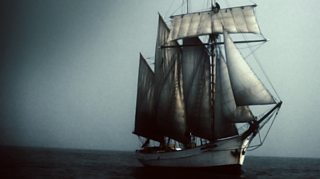 The Mary Celeste has long been a byword for eerie and deserted. That was exactly the scene found by Canadian sailors when they boarded the American vessel off the coast of the Azores in December 1872. The crew’s belongings and the ship’s cargo were discovered intact, but the lifeboat was missing, as were all of the 10 people who were recorded as on board. The last entry in the ship’s log was written over a week before it was found, but it shed little light on why the Mary Celeste never completed its journey from New York to Genoa.

Like The Mary Celeste, the Bermuda Triangle has become synonymous with intrigue and unexplained disappearances. The triangle is an area of 500,000 square miles of ocean between Miami, Bermuda and Puerto Rico. The military ship the USS Cyclops, travelling from Baltimore to Brazil with 300 crew, went missing there in 1918. In 1945, a whole squadron of bombers similarly vanished. In both cases no wreckages were found.

Seventy percent of the Earth’s surface is below the ocean, but although the ocean has been mapped, only large details (of three miles or more in length) can be properly seen – this means that 95% of our oceans remain hidden. It’s little wonder, then, that the oceans continue to throw up surprises. Recent discoveries have included a new shark (Genie’s dogfish) and perhaps the longest animal ever recorded – a 47-metre-long Apolemia (jellyfish), discovered earlier this year by Australian scientists.

A deep sea methane volcano pictured in the Gulf of Mexico