How to be a supercalculator

Supercalculators are the fastest human number-crunchers on the planet – able to add, subtract, multiply, divide, or factorise large numbers with no need to reach for a smart phone, computer or calculator. So how do they do it, and is it a skill that any of us can learn? Alex Bellos gets the lowdown from the experts, and discovers the secret of champions...

With Rachel Riley, resident arithmetician on the Countdown quiz show 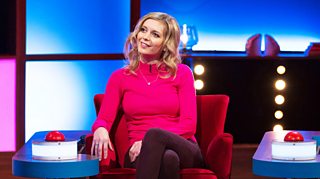 Rachel: The problem with working on Countdown is that I can't go into a hotel without trying to find the prime factorisation of the room numbers. When you look at a number, it's about the clues the number gives you about its identity, the ending, or just the look of it. So, with three-digit numbers, I can't avoid it: I'll just factorise it – I can't apologise for this, or change it.

Alex: Have you got that memorised?

2. Combine the best methods of calculating

With Mohammad el Mir, from Lebanon

Alex: I hear your speciality is square roots and cube roots?

Mohammad*: I am good in square roots and exact and inexact cube roots. In my head, I use a mix of European methods and the Japanese abacus, the soroban.

3. You have to practise every day 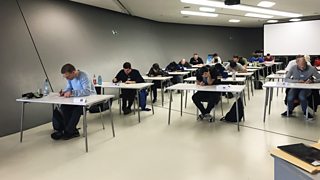 Alex: What does it take to be a good mental calculator?

Head Coach: Consistent daily practice, 365 days a year, even if it's only for 10 minutes. We follow the Japanese abacus method as the foundation. It helps the speeding of basic calculation in addition, subtraction, multiplication and division. For everything else we use the 10,000-year-old Indian mathematical system called Vedic Maths*.

*Vedic Mathematics is a book written by the Indian monk Swami Bharati Krishna Tirtha and first published in 1965. It contains a list of mental calculation techniques claimed to be based on the Vedas. (Wikipedia)

Alex: The first round of the MCWC, the Calendar round, gives competitors lists of dates such as 5 July 1821; competitors have to name the day of the week on which the dates fall – in one minute. Last time, the best candidate scored 66, more than one a second. How do you do it?

Robert*: For some people it's more memory than arithmetic. In my case it's definitely a calculation. It's based on the idea that in a non-leap year there are 365 days, that's one day left over from 52 weeks, so each year moves on a day of the week – the same day the following year will be a week later. And two days if it's a leap year, after February the 29th. So I am exploiting that principle; mapping all the dates I see back to 1900, my base year, and I allow for this correction. I know all the dates for January 1900, so I can map back all the years and all the months to January.

5. Having a good memory is important

Having a good memory is important, but it’s not the be-all and end-all of being a supercalculator.

Alex: How much of these calculations are just memory tricks?

Brian: Having a good memory for these things is a necessary but probably not sufficient reason for being a good calculator. You also have to know a lot of procedures, again which you have to memorise, but then you have to know which procedures to use for which sort of problems, and then how to apply them and check you've got them right.

Alex: Can anyone do it, or is it something about people's brains?

Brian: Clearly it's necessary to put in all the work, but whether anyone could do it by putting in the work, we don't know.

6. Picture an abacus in your head

The overall winner of the 2018 Mental Calculation World Cup was 14-year-old soroban-trained Tomohiro Iseda, from Japan. Clearly learning with an abacus turbo-charges mental calculation skills. The abacus, or soroban, is a hand-sized gadget which represents numbers by positioning beads on rods. Once you've mastered it, it becomes so imprinted on your brain that you can calculate by moving invisible beads in your head. Since seeing is quicker than hearing, the abacus-trained calculators are able to calculate faster.