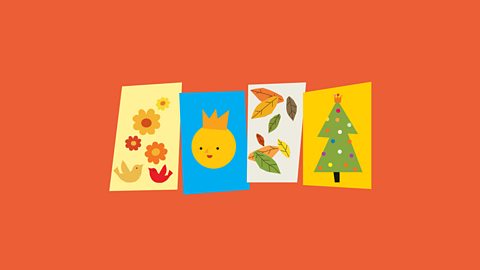 Mr McCompost was a keen and avid gardener who owned his own allotment down by the river, where he spent most of his time...apart from Monday afternoons, when he enjoyed a spot of crown green bowling with Gladys from the bingo.
News of the annual sunflower growing contest filled him with joy. He could show off his great gardening skills, by growing the most amazing, spectacular sunflower the town had ever seen.

He planted his seed with love and care and watered it daily. Often his granddaughter Gracie McCompost would visit the allotment and help her granddad. It was a week before the contest and Gracie was thrilled with how big their sunflower had grown.

One evening after she left, and her granddad was packing up his gardening tools, he looked up to see Stanley 'the sunflower slayer' stood before him.
He'd been given this name by the allotment community because somehow, when he was near a sunflower, it would wither and die two days later.

He mumbled some words of nastiness towards Mr McCompest's sunflower and he sloped away into the darkness with a smirk on his face. The next day Gracie and her granddad returned to the allotments to see their sunflower sad and slumped over, no longer 12 feet in height.

They knew that time was running out and that Stanley's words of nastiness had hit the heart of the sunflower. Nobody had been able to help their sunflower after Stanley had done his damage in the past, but Gracie was determined to make sure the sunflower recovered in time for the contest.

She tried everything. She watered it. She hugged it. She made sure the sun was shining upon it but nothing happened.

Gracie could see how unhappy Mr McCompost had become as he sat defeated in his allotment chair.

Gracie was so upset, she sat by the sunflower and spoke kind and gentle words, telling the sunflower how beautiful it had once looked. Suddenly she looked up and the sunflower was growing again, up and up and up.

Mr McCompost jumped out of his chair and cheered with delight, they could enter the contest after all.
That's exactly what they did. When Stanley 'the sunflower slayer' seen them arriving for the contest with the sunflower beaming and tall as ever he went as red as a beetroot with anger!

You may be able to guess what happened next?! Yes...they won the contest
As Gracie and her granddad collected their prize of a humungous trophy and a golden watering can, Gracie spoke wise words "it just goes to show, kind words help you grow."