Nowadays we are fascinated with vampires, from the sparkly heartthrobs of teen-sensation Twilight to the hapless vampires attempting to navigate the modern world in What We Do In The Shadows.

In the latest season of the You're Dead To Me podcast, host Greg Jenner talks all things fanged and caped with expert Dr Corin Throsby and comedian Ed Gamble, to learn all about the origin of our modern vampire-mania. Here are a few of the things they learnt.... 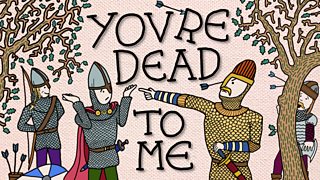 Listen to the full episode here

1. Vampires have not always been sexy, pale goths 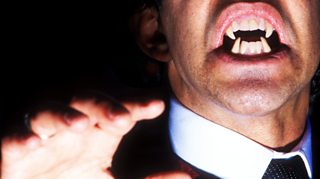 Vampires: Not always so suave

In medieval chronicles, vampires (or revenants, literally those who have come back) were not the suave, sparkly, sexy creatures we know from Twilight or Interview with a Vampire. They were swollen, blood-filled corpses with diseased breath, followed by packs of barking dogs and giving off a terrible stench.

2. Medieval people may actually have believed in vampires

In 2017, archaeologists excavating the deserted medieval village of Wharram Percy in Yorkshire found the smashed up, decapitated and burned bodies of men, women and even children. Might this be evidence of our forebears’ fear of the undead returning to harass them?

3. The worst behaved vampire in history was named Johannes Cuntius

Johannes allegedly started galloping around the town like a horse, vomiting fire and turning milk into blood.

Johannes, known as the Bad-Breath Vampire of Pentsch, apparently died in Silesia sometime in the sixteenth century. After his death he allegedly started galloping around the town like a horse, vomiting fire, turning milk into blood, sucking the milk out of cows’ udders, and chucking goats around! He also attacked people, and was an all-round pest.

4. The first vampire-fighting manual was written by a French biblical scholar

In 1746, Dom Augustin Calmet wrote a treatise on vampires that suggested killing them by burning or beheading them, smearing yourself in their blood, or even pulling out their teeth and sucking on their gums.

5. Early works of vampire literature were not known for their exciting titles

The first literary vampire in the Western tradition appears in a German poem from 1748 called Der Vampire (‘The Vampire’). The first British work entirely dedicated to a vampire story was a poem written in 1810 called The Vampyre. Then came a game-changing book, written by John Polidori in 1819, called, you guessed it, The Vampyre. 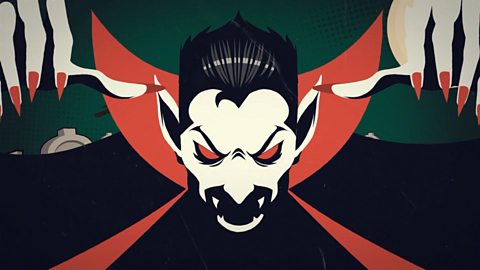 The ghoulish (but true) story of vampires

6. We can thank nineteenth-century doctor John Polidori for sexy vampires like Angel from Buffy and Edward Cullen in Twilight

Polidori was personal doctor to the famous poet Lord Byron, but he was also something of a writer himself. His novel The Vampyre is the first to feature a seductive, pale, aristocratic vampire who can pass for human – Lord Ruthven, who is based on Byron. 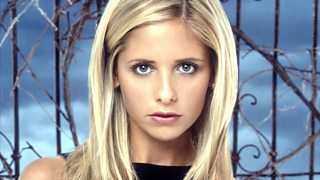 Buffy The Vampire Slayer: Not the first woman to hunt the undead

7. The idea of a female vampire hunter like Buffy appears in a nineteenth-century book

In Paul Féval’s Vampire City from 1874, real-life Gothic author Ann Radcliffe travels with a rag-tag bunch of rescuers – including a vampire named Polly, some manservants, and her friend Ned – to Selene, the Vampire City, to save her friend Cornelia.

8. Not all vampires are men

Joseph Sheridan Le Fanu’s 1872 novel Carmilla features a young, aristocratic female vampire who grows close to and then preys on another young woman, Laura. Florence Maryat’s The Blood of the Vampire, published in the same year as Bram Stoker’s Dracula, is about an orphaned heiress from Jamaica and doesn’t even feature that most vampiric of traits: sucking blood. Instead, Harriet unknowingly drains the life energy from those around her.

9. Dracula shows how science and knowledge can defeat evil

In Bram Stoker’s Dracula, first published in 1897, the Count is portrayed as an ancient evil from Eastern Europe, who is eventually defeated by a gang of mostly British, young, vampire hunters. They are modern Victorians: they write their diaries in shorthand (a new invention at the time), and systematically collect knowledge about Dracula, often using new scientific methods of investigation. But they also study old folklore for clues. By combining the ancient and the modern, they eventually manage to destroy him.