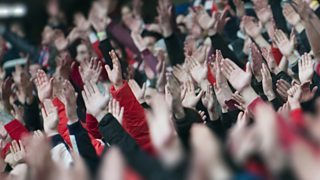 Mob Rule! Rampage! – Tabloid newspapers love getting their teeth into a riot. And to the lay person, crowds can seem scary: less moral, less mindful, less rational when individual self-control seems to give way to group action.

But there are upsides: groups – like the Suffragettes – with a sense of shared identity or purpose, can harness positive energies and bring about social change.

For The Life Scientific at the Free Thinking Festival, social psychologist Stephen Reicher talked to Jim Al-Khalili about immersing himself in the crowd.

We've all been there – in a crowded train that's juddered to a halt and is going nowhere. You've started off as an individual, jealous of your space and annoyed at the person reading your free newspaper over your shoulder. But then the first tannoy announcements about leaves on the line or the wrong sort of rain, will propel you into a group – aggrieved commuters against the train company. This new shared identity will encourage you to begin talking to your neighbour, and soon you're sharing your sandwiches. 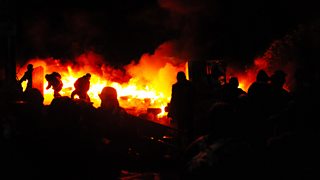 2. Crowds can be empowering

Yes, groups can do bad things – expressing racism, sexism, homophobia, for example – but collectively the crowd can be a source of social power: women got the vote because of the Suffragettes; Obama became President of the United States because of the Civil Rights movement; gay rights were advanced because of Stonewall. Crowds allow individuals to make history together. Life's most rewarding moments often occur in collective experiences, like a sports event or a concert.

In an experiment, a group of Manchester United fans were told that research about "Manchester United fans" was going on in another building. On the way there, they were met by someone who had fallen and hurt themselves. The person would be wearing either a Man U, Liverpool FC, or a plain red shirt. The fans stopped to help the person if they were wearing a Man U shirt. The experiment was repeated and the subjects were told that the researchers were interested in "football fans" – this time they helped the people in Man U and Liverpool shirts. The conclusion was that although behaviour towards the in-group and the out-group can be predicted in some circumstances, the boundaries of "us" and "them" are flexible. Who is and is not part of the power of the group is a variable concept.

4. There are always limits to crowd behaviour

Stephen Reicher's first-hand experience of the St Pauls riots in Bristol in 1980 taught him that there were patterns and limits behind even the collective behaviour: banks and chain stores were attacked but not neighbourhood stores; stones were thrown at the police but not local buses. These limits made sense in terms of people's collective sense of living in the community of St Pauls. 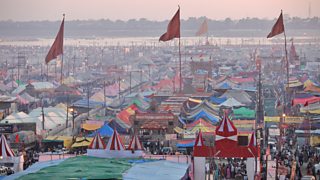 The Allahabad Mela is the largest religious gathering in the world, attracting 100 million Hindus in its largest iteration. Normally harmful levels of noise are experienced for an entire month. Sanitation is rudimentary. Yet a study conducted on the spot by Stephen Reicher found that because participants have a sense of shared identity and common purpose, they see others as a source of help and support – this endures into everyday life, reduces stress and promotes well-being.

6. Dictators dominate large groups by associating closely with them

Dictators maintain power by dominating millions of citizens. Autocracy comes after dictators align closely with groups: "I am the group". Disagreement is no longer a community engaging in discussion with itself, but an enemy trying to undermine the group. Thereafter, disagreement with the leader immediately places individuals outside the group, with often dire consequences. Dictatorship means defining groups in a particular way, which does not allow anyone to dissent at all.