New week, new music? Yes please. These are Radio 1's Tunes Of The Week, as chosen by our DJs, who will be playing their chosen song every day on their show this week.

Adele Roberts is such a big fan of BTS - she went all the way to Korea to meet the boyband. We reckon if she had her own way, she'd pick a BTS song as her Tune Of The Week every week. That's why we have rules round here.

Mic Drop was originally released in 2017, when it topped the charts in Japan. Now it's been reworked by Steve Aoki and US rapper Desiigner as they make their charge for the charts in the West. Sadly, they've yet to make a video with Desiigner in it, but we're sure he'll pop up before too long. 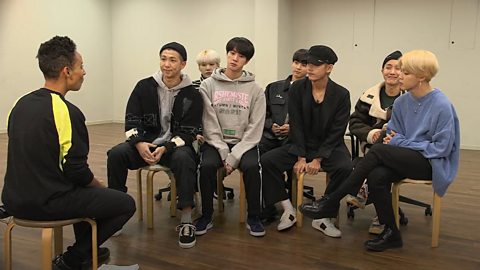 Adele Roberts is in South Korea to meet biggest band on the K-pop scene, BTS.

When Drake drops new music, the world sits up and listens (over and over again), which is why this new tune has raced straight to the top of the UK Charts.

He denied Eminem and Ed Sheeran the No.1 spot last week and God's Plan is already breaking records. Drake smashed the US record for the most streams in one day, with more than 4.3million when it was released on 19 January. 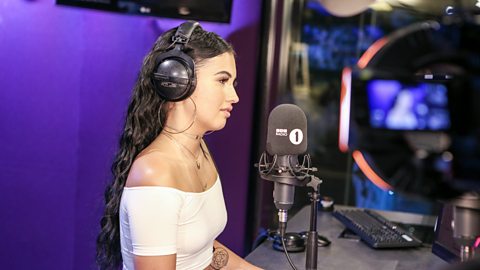 Mabel was tipped for big things in the BBC's Sound Of 2016 but she took her sweet time before making her moves on the mainstream. This is the follow up to her 2017 hit Finders Keepers and it is set to give Mabel her second major hit.

Fine Line was Annie Mac's Tune Of The Week last week and it's spreading - and fast. We need these sweet R&B sounds to get us through what's left of the winter.

You may recognise HRVY from the string of singles he has released over the past few years or perhaps you'll know him from his time presenting Friday Download on CBBC.

2018 is set to be a big year for this multi-talented young star, and right now you'll be recognising him for being Scott Mills' tune of the week with this banging pop hit.

After smashing onto the scene in 2013 with folk-ish sounds on singles such as Budapest and Blame It On Me, George has upped his game on the second single from his second album, Staying At Tamara’s.

Huge melodies and enormous hooks combine on what could be George's biggest hit yet.

Tom Misch is a double-threat from London, being both a talented producer and singer. Here, he's joined by the equally brilliant Loyle Carner, who adds some spoken word loveliness to Tom's mellow beats and husky vocals.