How a pioneering software system is transforming brain surgery

Around half a million people in the UK suffer from epilepsy, a condition in which abnormal electrical activity in the brain leads to seizures. In the majority of cases, the condition can be managed with anti-epileptic drugs, but up to 30% of patients don’t respond. 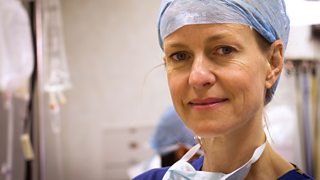 For these patients, another option is to undergo brain surgery to remove the part of the brain that is causing the seizures, but before this can be attempted, the surgeons need to know exactly which parts of the brain are responsible.

Often, this can only be determined through a complex procedure that involves temporarily implanting electrodes into the brain to measure the electrical activity. Up to 16 electrodes could be required – all of which need to be positioned without damaging crucial blood vessels or vital parts of the brain such as those involved with speech, vision or movement. It’s risky and challenging, so in many cases doctors and patients are reluctant to proceed.

However, a pioneering new approach hopes to make this surgery safer and easier. A team of researchers, clinicians and engineers from University College London and King’s College London have developed a world-leading software system called EpiNav, which stands for epilepsy navigation.

Funded by the Wellcome Trust and the NIHR UCLH Biomedical Research Centre, EpiNav brings together CT scans and MRI scans of a patient’s brain to create an incredibly detailed 3D map that can be used to plan surgery with pinpoint accuracy, calculating safe routes through the brain for each electrode that needs to be implanted. What’s more, the technology can be taken into the operating theatre to guide surgeons in real time.

Gabriel Weston met Prof John Duncan of the National Hospital for Neurology and Neurosurgery, part of UCLH, and Prof Sebastian Ourselin of King’s College London to find out more about this impressive new system. Currently, EpiNav is being tested in an ongoing clinical trial where in half of the surgeries, the procedure is being performed entirely manually by surgeons Andrew McEvoy, Anna Miserocchi, and Vejay Vakharia. In the other half, the EpiNav data is being passed to a robot which assists the surgeons by lining up the precise trajectory for each electrode.

Already, the EpiNav software has been used in over 150 epilepsy surgeries. The hope is that it could ultimately make epilepsy surgery available to patients who might not previously have been approved for the procedure. The team anticipate that, over time, it will be integrated into operating theatres across the UK. This software could also have even wider applications in the future: there are hopes it could be used in other areas of neurosurgery to help treat conditions from brain tumours to Parkinson’s disease.