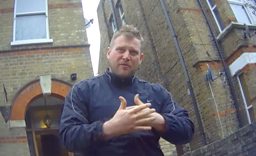 We investigate Luke Price of London based Premier Chimney Care – who has a habit of turning up to people’s houses with dead birds claiming he found them in their chimneys. We catch him and his dad Martin in the act, as they place a pigeon and then charge us sky-high prices to fit chimney cowls to stop birds nesting. Work we didn’t even need doing. Their rogue antics don’t stop there, they don’t even sweep our chimney - the job they were called out and paid to do.

When we caught up with Luke Price, he admitted to planting dead birds and pushing customers into having chimney cowls fitted. But said he only did it because he was an animal lover and had had enough of pulling dead animals, including kittens, out of people’s chimneys.