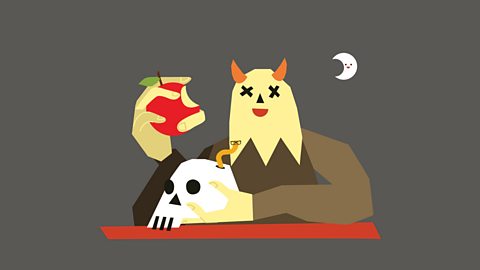 Our story begins with a man called John Smith. A sixty year old CCTV operator with glasses the size of rhino's feet and an ancient hearing aid holding onto his ear for dear life.

John was doing his usual duty, watching the CCTV cameras for any glimpse of crime that could be happening. Nothing ever did happen. It sounds boring sitting watching screens all day, but John enjoyed it. At 12 midday sharp he would settle down in his chair and have a little snooze.

On this particular sunny Sunday, John was doing his usual, staring at screens and looking forward to his upcoming snooze when something caught his eye. He saw what can only be described as a giant mole-like creature scurrying into the entrance to the park. He tried to track it as far as he could, but it disappeared. What was that thing? A prankster dressed up maybe?

The mystery of what he had seen bothered John, bothered him so much he didn't feel like his daily snooze. He decided to investigate.

He straightened his glasses, turned up his hearing aid and set off for the park. He tracked the creature to the last place the CCTV saw it. On the floor were prints. Big prints. John followed them.

He guessed it was about a metre wide, but he was never very good at estimating so it could have been more. He didn't know what to do. He heard sounds coming from the hole and immediately lowered himself into the deep hole and started clambering down. The hole smelt like socks that hadn't been washed in weeks. His hands touched the wall and they were frozen. Frozen? In the middle of summer? He followed the sounds coming from within the hole and eventually reached the bottom. The temperature had risen now and sweat was trickling from his forehead onto the floor. Ahead of him he saw a dank, gloomy corridor with a light at the end. He reached the light and realised it was coming from a spinning, object, as big as four double decker buses. Swarming around the object were at least fifty of the mole like creatures. He could see them more clearly now. Taller than a man, covered in a waxy yellow paste with pointed noses that spun around wildly.

Suddenly a tube came from the ground and sucked up a terrified John. He felt wheezy and was aware of lots of faces looking at him. He felt life drain from him and was aware that something was being removed from his head. He couldn't remember why he was there and how he had got there. Where were his memories?

John Smith woke up the next morning feeling ready to start another day in front of the CCTV cameras. If only something exciting would happen...