American Dream machines: The car ads that defined an era

More than just one of life’s more expensive purchases, the car had an almost mythical grip on the American psyche in the 20th century. It was synonymous with freedom and success and the artwork used to market the cars brilliantly reflected this. Sleek, glossy and space-age, the illustrations sold more than cars – they sold a perfect lifestyle. A new book, Automobile Design Graphics, collates many of these classic illustrations to tell the story of a vision of the American Dream made real through steel and chrome. 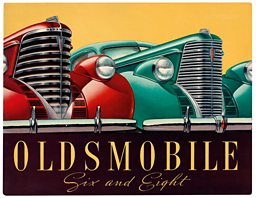 Oldsmobile, 1937. Manufactured by General Motors, all GM cars, regardless of price, had their own visual identities that were updated on an annual basis, creating the yearly model change that transformed the industry. © Courtesy of the Jim Heimann Collection/TASCHEN.

Cars and the American Dream go hand in hand. During the 20th Century, the pioneering spirit of rugged individualism and the all-important pursuit of happiness that defined the United States found its perfect form in the cars that its citizens drove.

The enduring appeal of the motor car can be found in the advertising literature that accompanied the launch of that year’s latest models. Boastful, optimistic claims of performance, speed, and comfort were accompanied by beautifully artistic designs of space-age looking vehicles with lots of sweeping curves and aerodynamic fins.

Automobile Design Graphics, A Visual History from the Golden Age to the Gas Crisis 1900–1973 by Jim Heimann (Ed.), Steven Heller and Jim Donnelly, presents some of the finest examples of this classic artwork.

As co-author Steven Heller states, ‘Americans were seduced into accepting the automobile as the embodiment of modern dreams, urges, and passions.’

The battle between the numerous car manufacturers for the hearts, minds and wallets of the American public was fierce - as the no-expense-spared extravagance of the artwork illustrates.

The likes of Ford, Oldsmobile, Packard, Chevrolet and Pontiac were locked in a fight to the death; in short, the artwork mattered. Car companies that merely sold the mechanical merits of their vehicles went out of business. The successful companies knew they had to sell a lifestyle.

'An automaker could convince you that you were smart, a good spouse, and a hero to your kids if you picked its car', says Jim Donnelly.

More than printed sales pitches, the designs and illustrations held a mirror up to American society and reflected back what it itself wanted to be - cool, modern, dynamic, and successful. The illustrations, like the cars they represented, were the stuff that dreams were made of.

Automobile Design Graphics, A Visual History from the Golden Age to the Gas Crisis 1900–1973 is published by TASCHEN. 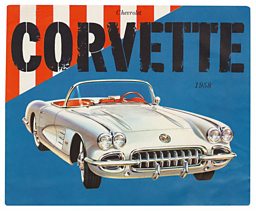 Chevrolet Corvette, 1958. The sporty Corvettes were inspired by the small, nippy European sports cars American soldiers had fallen in love with while posted abroad in WW2. © Courtesy of the Jim Heimann Collection/TASCHEN 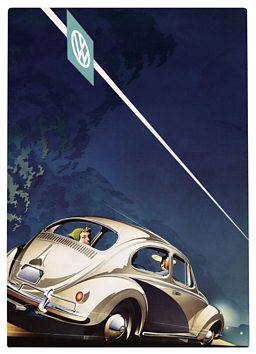 Volkswagen, 1957. When VW cars were first introduced to the USA in 1949 only two vehicles were sold. Sales did improve a great deal during the 1950s thanks to clever marketing campaigns aimed at young, sophisticated - and often largely female - consumers. © Courtesy of Jim Cherry. 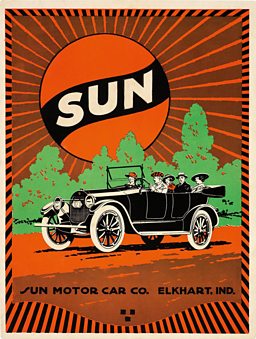 Sun, 1916. Based in Indiana, the Sun motor company went bust after making only 336 of its over-priced cars. © Courtesy of the Jim Heimann Collection/TASCHEN. 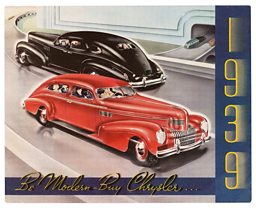 Chrysler, 1939. The Chrysler company prided itself on the sturdiness and reliability of its cars. © Courtesy of the Jim Heimann Collection/TASCHEN. 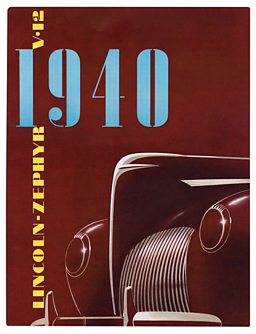 Lincoln-Zephyr, 1940. The Zephyr range was introduced as a lower priced, entry level luxury car. © Courtesy of the Jim Heimann Collection/TASCHEN. 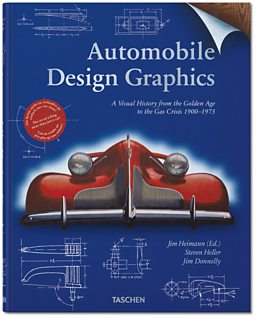