Is giving up alcohol for a month really worth it?

The dangers of alcohol are rarely out of the headlines, with high levels of drinking associated with increased levels of cancer, obesity and heart disease. 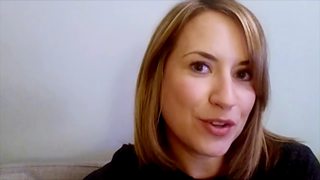 No surprise, then, that around 5 million Brits decide to go teetotal for a month in the year, often through initiatives like Dry January or Go Sober for October.

But does giving up alcohol for just a few weeks really have much of an impact in the context of a lifetime’s drinking?

Especially if, as many critics suggest, people simply return to drinking with gusto once their dry month is over?

To find out we teamed up with scientists from University College London and The Royal Free Hospital led by Prof Rajiv Jalan, Dr Gautam Mehta and Dr Stewart MacDonald.

We recruited 26 volunteers. Some served as a control and were asked to drink as they normally would, while the rest were asked to give up alcohol for a month.

Before and afterwards we gave them a full health check, measuring, amongst other things, liver fat, blood pressure, liver disease biomarkers and chemicals in the blood that indicated their risk of developing cancer.

We also wanted to know whether giving up alcohol for a month affected our volunteers’ alcohol intake once they were free to return to drinking. So we invited them back to be tested a final time, three weeks after their dry month was over, when they had started drinking again.

We found that the health of all our volunteers who gave up alcohol for a month improved – even those who normally drank less than the government recommended levels. We found that their cancer markers, liver fat and weight all fell, while their quality of sleep, concentration and liver health improved.

The effect was more pronounced in the volunteers who drank more than the government recommended guidelines of 14 units – the equivalent of either six glasses of wine, or six pints of beer.

When it came to how our volunteers responded once they were allowed to drink again, we found that those who normally drank less than 14 units a week soon returned to their pre-study levels.

However, the heavier drinkers who normally drank more than 14 units a week did not return to these levels; in fact three weeks after their dry month was over they were drinking, on average, 70 per cent less than they were before. This suggests that for heavier drinkers, giving up alcohol for a month could help trigger a change in habits and reduce alcohol consumption in the longer term.