Wendy the Naughty Witch of Walthamstow 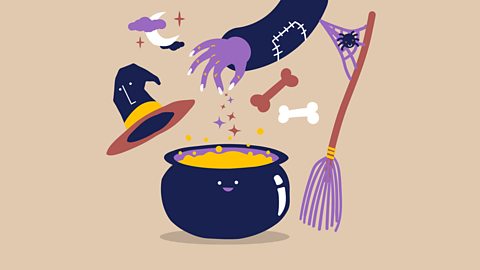 Wendy the Naughty Witch of Walthamstow

Once there was a witch who lived in the drains. She was as green as slime, with a nose that oozed out snot, a chin as sharp as a knife and black rotten teeth. Her teeth were so dirty that when she breathed, everyone could smell rotten eggs. People would walk past and think the drains were blocked and that was why the smell was so bad. In a way they were right.

When people threw their food on the floor, or their half empty drink containers, they would roll into the drains. Sometimes it was fresh food, sometimes it had been hanging around for while before it made it down to her. Often she would eat chicken with wriggly maggots and chips covered in dirt. She would drink it with milk that had green mold. Wendy ate and drank as much of the rubbish that she could.

Wendy was quite happy living in the drains, occasionally coming out at night to do some pranks. One night she went to the Walthamstow Dog's sign and changed the dog to a cat. Another time she changed the taps around in everyone's house. So when they went in the shower the water was cold and when they went to drink cold water it was warm. Yuk! The funniest thing she ever did was put everyone's alarm clock an hour late. She giggled her socks off as she saw all the adults running around panicking whilst the children carried on calmly without a care in the world. She was a little naughty, but never very bad and always lots of fun.

Wendy had always been happy to eat the leftover food, but there were more people in Walthamstow now. Too much rubbish was making its way into the drains. She was sitting on a mountain of stinky rubbish and was fed up. She really needed to do something about it. So she came up with a sneaky plan.

Anytime anyone walked past her she would BBBUUUUURRRRRRRPPP or her bum would POP. It let out the filthiest pong ever. If you can think how your dad's farts smell. This was a hundred times worse. Walthamstow was one big stinker.

Everyone was complaining. Mrs Claire the Head Teacher said, "We need someone to sort these drains." The caretaker agreed and opened the drains. Wendy hid behind a bush and watched. They could see the problem, lots of pongy rotten food and rubbish. All the children from the schools in Walthamstow helped to recycle and compost the litter.

That evening Wendy went back to the drains. There were no whiffs.
You should always remember to put your rubbish in the bins and recycle where you can. Otherwise you might notice a sickening smell and we all know why that is BBBUUUUURRRRRRRPPP.