With distinctive wit and flair, Mary Beard has been examining Western art's obsession with the nude and considering its troubling power to provoke ideas about gender, sex and moral transgression. She spoke to ANNY SHAW about her new two-part BBC Two series.

“Across the planet there are all kinds of wonderful representations of the naked human body, but the West is obsessed with nudity in a way that looks a bit odd from the outside,” says Mary Beard, the Cambridge classicist and presenter of a new BBC Two series The Shock of the Nude. 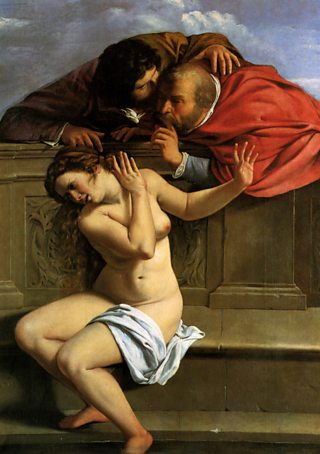 So what exactly makes our treatment of the nude so strange? In a nutshell: desire, power—and sex. “We obsess about nudity because it is a place where we negotiate, talk about and enjoy a sexualised relationship, largely—but not only—between men and women,” Beard says.

Beard takes a bold approach with her two-part documentary, charting the often controversial history of the naked body in art in light of the #metoo era, from the ancient Greek sculptor Praxiteles’s first naked goddess to Titian’s Venus of Urbino.

Most Old Master works are created by male artists to be enjoyed by men, but one example stands out: Susanna and the Elders by Artemisia Gentileschi, the 17th-century painter who was raped by her own painting tutor and father’s friend.

Gentileschi has been described as a “Baroque heroine for the #metoo movement”, but Beard wants to give her more agency: “She’s making money, she’s famous, she’s making us think about things differently and her paintings are hung on the walls of lascivious rich people.”

The boundary between pornography and art

The fuzzy line between pornography and art continues to stoke debate. According to Beard, one painting particularly challenges that boundary: Gustav Courbet’s Origin of the World, a cropped painting of a woman’s genitalia and bushy pubic hair that resides in the Musée d’Orsay in Paris.

“Why is it art?” Beard asks. “Is it because it’s in that frame and has been given that title?” As she says in the programme, “Just think how differently you’d look at it if it was called, well, ‘Jeanette’s Pussy’.”

There was a similar reaction when John William Waterhouse’s Hylas And The Nymphs was temporarily removed from the Manchester City Art Gallery by the British artist Sonia Boyce in 2018. The Victorian canvas shows pubescent girls topless in a pond, luring the mythical Hylas to his watery grave. “That was treated as censorship and, in some cases, as incipient fascism,” Beard points out. “Feminism gone mad!” wrote one gallery goer. “Waterhouse is my favourite artist not to be politicised,” scribbled another.

So what does it mean for a woman to be looking at these works in 2020, as #MeToo and transgenderism shift the focus? “I came to really like some of these paintings,” Beard says, which led her to conclude that, although men’s desire for women is hugely important when considering the nude, “it’s not the be all and end all”. Put simply: “There has to be a space for the female viewer.”

Beard’s own gaze is fully switched on when she gatecrashes a hen party taking part in a life drawing class. It is a moment of reclamation, Beard says, pointing out that it wasn’t until 1893 that female artists in the Royal Academy were allowed to draw from the male model.

“Women got really thrashed by that!” she exclaims. “First of all they weren’t allowed into life drawing classes and then, when they tried to draw the human body, all the blokes said they were crap at it. Of course they were rubbish at it, they hadn’t practiced!”

Beard also turns the tables on herself, stripping naked to pose for the artist Catherine Goodman. “I could not do this programme and pontificate about the relationship of the artist and the model if I was always there fully clad,” she says. “Somehow that would be the worst thing, for the academic to come in, peering at other people taking their clothes off and never having that sense of vulnerability myself.”

Life drawing is having a revival—a refreshing antidote, Beard suggests, to the “false idealisation of the human form” that is rife on Instagram and Facebook. She is, however, largely in favour of social media. “What’s very interesting about social media is that there are no barriers, we are in the business of reinventing what the rules might be,” she says.

On Tuesday evening on BBC Four Josie d'Arby presents Life Drawing Live!, a masterclass in which viewers can take part in alongside six amateur artists in the studio, guided by award-winning experts. 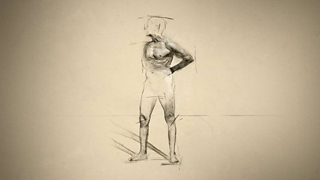 Have your HB pencil or charcoals ready at 8pm to take part from the comfort of your own home!

The nude in the age of social media

So is this the new frontier in terms of the nude? Perhaps not, says Beard, who has almost 250,000 followers on Twitter and more than 10,000 on Instagram. “But it is certainly the place where we see nudity most clearly negotiated now.” Much of the debate around the naked figure centres on who can look and, as Beard points out, on social media, “everybody can look”.

Yes, I find it intensely irritating when you go to a gallery and everybody is taking selfies but part of me says, that’s actually quite interesting
Mary Beard

Perhaps surprisingly, Beard is a staunch advocate of selfie culture—as a way of engaging not only with works of art but also your own body. “Yes, I find it intensely irritating when you go to a gallery and everybody is taking selfies,” she says, “but part of me says, that’s actually quite interesting. In 50 years time, people will be looking at this with real interest because it will be part of a change in culture about the body, about how we record ourselves and how we record our relationships with famous nudes such as the Venus de Milo.”

Episode one of Mary Beard’s Shock of the Nude is on BBC Two at 9pm on Monday 3 February 2020 with episode two airing on Monday 10 February.

The nude season on BBC iPlayer

Read more about art's relationship with the nude