How dramatic reconstruction transformed the documentary

BBC Two documentary Gun No 6 traces the history of a single weapon which has been used in 11 shootings and three murders in England. To gain a better understanding of violent crime, the filmmakers worked with ex-offenders to reconstruct every shooting. Used well, this approach has proven to be a powerful tool in a number of significant documentaries, writes BRUCE MUNRO.

West Midlands Police have been forensically tracking the weapon known as Gun No 6 since the early 2000s. The film features powerful interviews with the victims of some of these crimes, revealing its devastating consequences. But it also goes beyond these incidents to explore the psychology behind the decision to use a gun.

The production assembled a group of five men who have served prison sentences for offences involving other firearms and asked them to play both the attackers and victims in re-enactments of the crimes Gun No 6 is known to have been involved in.

Use of this device also provided a way for these men to explore their own experiences, choices and actions, says director James Newton.

He told Vice: "When you talk to a lot of people about guns, there is a lot of bravado and a lot of surface, so doing reconstructions opened something deeper up. Sometimes you would give them a replica gun to hold and they would start shaking with fear because they hadn't touched one for so long. It unlocked an honesty to them about the past that had been hidden away."

Newton was trying to avoid telling a wider story about society, preferring instead to focus on the decisions which led to crimes being committed.

In another interview he said: "[The ex-offenders] talk about the lure of easy money, coming from estates. Some say they knew the difference between good and bad and made an active choice. I wasn’t interested in systemic racism or the particulars of the drug trade. I was more concerned with the psychology of the men in these moments, the obsession with power, the desperation to become someone else." 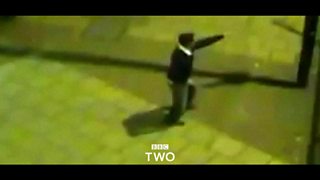 The film tells the story of Britain's deadliest illegal gun.

Judy and Ken Hodson-Walker’s son Craig was murdered with Gun No 6 | Image: BBC / The Garden Productions

Mass shootings – where four or more victims are murdered with firearms, within one event – are an almost daily occurrence in the US.

But this wasn't always the case. The 1966 shooting at the University of Texas, Austin, where 14 people were killed and 31 injured, was an unprecedented event, according to Keith Maitland, director of Tower.

Since I was the first one outside that was shot, I didn’t know what was happening. Every single time I see the film, I learn something new
Claire Wilson

His film combines archive footage and interviews alongside animated reconstructions to tell the story of what happened.

While Maitland was aware of the story throughout much of his childhood in Texas, he was inspired to make the film after reading an oral history of the shooting called 96 Minutes, by Pamela Colloff.

He told PBS: "My wheels immediately starting turning toward making a film, and making it an animated re-telling.

"The idea was an animated doc that allowed us to transcend time and geography. I really wanted to talk to the teenagers and young adults who live under the threat of this violence every day. I really wanted them to see themselves on the screen and the animation seemed like an ideal way to present an immediate and visceral retelling that would really place audiences in 1966.

"And it allows the subjects to be presented as they were during and immediately after the shooting, so young audiences would be hearing from young voices and could relate. We also knew we couldn’t film the recreations on campus, and the animation allowed us to composite the foreground actions and backgrounds based on the campus in an authentic way without actually being there."

The film has been useful to some of the victims of that attack. Claire Wilson survived it, despite suffering significant internal injuries and losing her unborn child. She has watched Tower many times since it was completed.

She told NPR: "Since I was the first one outside that was shot, I didn't know what was happening. I didn't see all that. I didn't read anything. I couldn't talk to anyone who had been there. So, yeah, every single time [I see the film], I learn something new about [that day], and it's really fascinating." 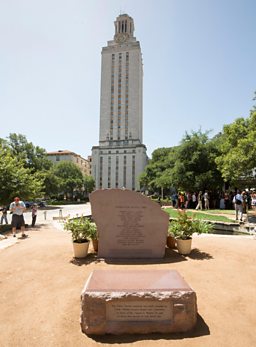 The memorial to those shot by a sniper positioned in the Main Building | Image: Bob Daemmrich / Alamy

The visually stunning documentary The Act of Killing divided critical opinion. Joshua Oppenheimer's film won a raft of awards, including the Bafta for Best Documentary Film, and features men who tortured and murdered suspected Communists in 1960s Indonesia re-enacting those crimes in the style of their favourite American movies.

Film critic Mark Kermode said he was left 'dumbfounded' by the film in his review in The Observer.

This is never an easy film to watch
Mark Kermode

He wrote: "This is never an easy film to watch, not least because of the apparent complicity and co-operation of those who wreaked such inhuman havoc...

"Yet perhaps those fleeting, dawning moments of self-realisation are justification enough, the nagging voices of self-doubt offering a glimmer of hope: 'We murdered people and were never punished'; 'Even God has secrets'; 'Not everything true is good'; 'Have I sinned?'"

But Nick Fraser, former editor of the Storyville strand on the BBC, is among those to have serious reservations about the approach taken.

He wrote following its Bafta win: "The film does not in any recognisable sense enhance our knowledge of the 1960s Indonesian killings... Instead of an investigation, or indeed a genuine recreation, we've ended somewhere else – in a high-minded snuff movie."

38-year-old Joyce Vincent died in her London flat in 2003, yet nobody knew this was the case until January 2006.

The tragedy was emphasised by the manner in which she was discovered – housing association officials entered Vincent's home and found her body slumped on the sofa in front of a blaring TV, surrounded by half-wrapped Christmas presents.

It was briefly a major news story, yet people soon seemed to forget about Vincent. The story left an indelible mark on filmmaker Carol Morley, though.

She said: "I knew from the moment I read the story in The Sun that I was going to make a film about Joyce, even though I didn’t know anything about her."

Although Morley conducted a staggering amount of painstaking research, she did so to shed light on an enigmatic life rather than investigate the circumstances of a death. As well as interviews with many people who knew and loved Vincent, she created reconstructions of moments from that life.

Film critic Graham Fuller argues that Zawe Ashton's performance as Vincent is riveting, particularly in a scene where she seductively mimes alone to the Carolyn Crawford song My Smile is Just a Frown.

He wrote: "Then, when the song’s done, she caves in, crushed by the emptiness of her prospects and by her self-inflicted loneliness. The truth may be different, of course, but it’s a convincing reading of a woman’s life that is unlikely to yield any more secrets."

'I wanted to bring her back to life' 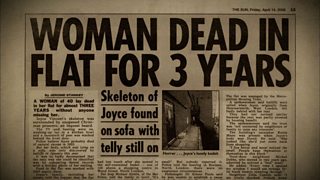 Dream of a life trailer

On a cold November evening in 1976 Dallas police officer Robert Wood and his partner stopped a vehicle for driving without headlights. When Wood approached the vehicle he was shot five times and killed.

The Thin Blue Line was the product of Errol Morris' investigation into this crime and was a game-changing moment in film history. Kevin Macdonald, himself an award-winning documentarian, is one of those who hails Morris' use of reconstruction as revolutionary.

Macdonald wrote in The Guardian: "The use of reconstruction was also a huge no-go area for documentary purists, but Morris demonstrated that actors could be used without any loss of authenticity. His deftly crafted reconstructions used film noir-style lighting and unusual camera angles, a technique that's since influenced my films."

Variety described it as a "mesmerizing reconstruction and investigation of a senseless murder. It employs strikingly original formal devices to pull together diverse interviews, film clips, photo collages and recreations of the crime from many points of view."

In the Robert Wood murder, investigators were led to 16-year-old David Harris who subsequently accused the man he was with, Randall Adams, of committing the murder. Adams was tried, convicted and sentenced to death by lethal injection, which was later commuted to a life sentence.