12 tips for success from a rugby union legend

Sam Warburton is a rugby legend: he led the British Lions to success in Australia in 2013, as well as a famous draw against the All Blacks in 2017. He also holds the record for the most Welsh captaincies. In the Don’t Tell Me the Score podcast he shares his top tips for leadership and success…

Hear it now on BBC Sounds. 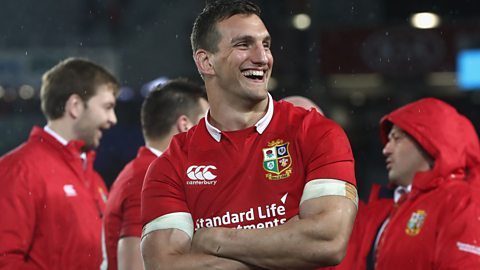 Sam Warburton on sports psychology and being true to yourself

1. Be true to yourself

Sam admits he’s a naturally introvert which is not what people might anticipate from a rugby captain: “You’d expect a really big, alpha-male, dominant figure,” says the ex-player. But one of the best pieces of advice he received was to be true to himself, so he learned to do things his own way.

If you try and fake things, people see straight through it.
Sam Warburton

“I always did what made me happy and what I thought was right,” says Sam. He wasn’t afraid to stay sober, despite the peer pressure to drink, because he knew it was right for him.

“If you try and fake things, people see straight through it,” says Sam. “I’ve seen captains try to be someone they’re not and it stands out like a sore thumb.”

Figure out what your own strengths are, who you are as a person and how you want to lead in your own style.

2. Reach for the stars

When Sam was young a teacher said to him, “Reach for the stars because if you fail, you’ll still reach the sky.” It’s something he’s always held on to.

Although not everyone will be blessed with tackling or kicking ability, “it doesn’t take any talent to get up off the floor, to work hard or to get up early and train,” he says.

It’s not the tools you’re born with but being driven that’s important: “If you want to get to the very top of something, you’ve got to have a deep underlying passion and self-motivating power.”

“I always prided myself on trying to be the best professional that I could ever be,” Sam says. “I made sure I ate the right foods, didn’t go out, didn’t misbehave and looked after my body.”

He thinks this approach gave him a psychological edge over the opposition: “I knew when I took to the pitch, I was in the best possible shape that I could be.”

It’s not about total abstinence, admits the ex-captain. He’d still go and have a pizza in the week: “You need those little rewards along the way otherwise you just drive yourself mad and it’s not sustainable long-term.” 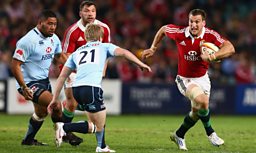 Warburton playing in the Lions' 2013 tour of Australia

To get to the very, very top you need to be specialist at something.
Sam Warburton

One of Sam’s schoolteachers was a professional referee so he asked him for a referee’s book. The young flanker then studied all the rules around the rugby breakdown, knowing this would set him apart from other number sevens.

Being an “absolute specialist” in this area ultimately gave him his edge in test rugby. “To get to the very, very top you need to have that X factor, you need to be specialist at something.”

So, what is your strength? “Work on it, and make sure you are the single best person at that.”

Sam has always been meticulous in his planning. When he was studying for GCSEs and A levels, he would revise for eight hours a day!

“Fail to prepare, prepare to fail” may be a cliché, he says, but it’s true. “What you put in is definitely what you get out.”

It comes back to confidence. “If you feel that you’re the most prepared you can possibly be, you’ll be so much more confident in your own abilities,” says the Welshman. He says the same applies to many of life’s challenges, including the dreaded best-man speech. “Just prepare,” says Sam. “Learn your speech off by heart and I guarantee you’ll feel so much better about it.”

6. Focus on what you can control

Sam knew he couldn’t anticipate what the opposition were going to do in any game, so instead he prioritised things he could control. “I always focused on what I was in control of which was me, my team and making sure we were as prepared as possible.”

7. Prioritise your own performance

Sam is adamant that good leadership should never come at the cost of your own performance.

“Some people feel the need, when they’re captain, to be in control of everything,” he says, “and I think the biggest lesson I learned as a leader is that you’ve got to be able to delegate responsibility.” That then enables you to focus on your number one priority: your own performance.

Nothing would come in the way of personal performance for the Welsh captain. He even turned down a slice of his own birthday cake during a World Cup because he didn’t want his standards to slip. “I was chasing excellence the whole time,” says Sam. “I just wanted to be the best possible player that I could be.” 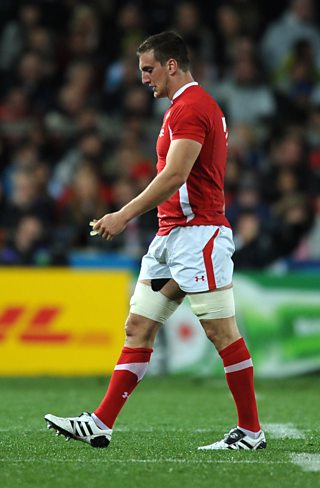 In the 2011 World Cup semi-final, when Sam was just 23, he was given a red card for a tip tackle on a French player. It was devastating for the young flanker, who felt like the world was caving in. But the death of his grandad, six weeks after the tournament, helped him put the whole thing to bed: “It gave me a dose of perspective. There’s much more to life than the game of rugby. Sometimes you just need to lift yourself out of your own little bubble and have a little sense of perspective.”

9. Learn from your mistakes

The infamous red card was a tough experience to go through, but he wouldn’t change it. After that point, he and the team had a lot of success.

“I think going through a bit of adversity is part of the learning curve,” says the ex-captain. “It’s how you learn from those experiences that makes you a better person.”

10. Focus on the positive

Like anyone, Sam would get nervous before a big game, but he would always believe that his side was going to win.

When you feel nervous, you tend to fixate on what’s at risk, so it’s about switching your focus.

“Rather than worry about what might go wrong, what you’ve got to do is focus on the potential outcome and what you could achieve. Suddenly that nervous energy, which is still there, just moves up towards excitement and that’s where you want to be. You don’t want to go into your shell. You want to go out, express yourself and be brave.”

Ask any sportsperson or successful businessperson and they’ll all say the same thing, says Sam: “It’s never an upward curve… there are always problems and set-backs along the way.” The important thing is to remember what the goal is and keep going so you can get through those sticky patches.

“You just can’t give up. Being tough is being resilient, its never giving up, it’s never knowing when you’re beaten. It’s not about being in battle and falling; it’s being in battle, falling and getting up and going again. That’s what persistence is.”

Once you know about yourself, learn about others. “Being a captain or a leader, you need to get information from everywhere, so make sure you’re approachable,” says Sam.

Sam would rely on input from everyone around him, especially a “leadership group” of close allies who would have a huge influence on the field of play.

On top of that, it’s about being a good person yourself. There were exceptional players who didn’t get selected for Lions tours because they were considered difficult or disruptive. Equally, being a decent person could cement your place in the squad: “Making sure you’re a good team player and a good person, and you’re selfless, is so, so important.”