The 90s was a decade packed full of outstanding albums from an eclectic range of artists. We recently gave you the chance to pick your favourite in our Ultimate 90s Album Poll. Please note the vote has now closed. 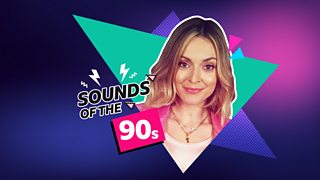 Sounds of the 90s is a nostalgia drenched celebration of the best music and pop culture from the 90s - new episodes are available each week on BBC Sounds.

The winner will be revealed in a special edition of Sounds of the 90s with Fearne Cotton, available on BBC Sounds from 23:00 on Friday 12 June.

You can still catch-up on the shortlist below - in true 90s fashion, we had a Top 40 for you to choose from, selected by a panel of music experts. The shortlist was based on sales from each year of the decade, alongside a selection of albums that have endured the test of time, and some slow-burners that weren't huge hits on release, but are now highly regarded.