The Controller Jonathan Wall leads a team who commission for BBC Sounds. Below are their main areas of responsibility for Sounds, but some also commission other digital-focused content on behalf of the BBC’s linear radio stations

Jason Phipps, Commissioning Editor in the Sounds Team, based at NBH London

Innovative Audio with the Potential for Global Impact

Jason and his team are podcast specialists who are looking for habit forming, innovative podcasts, which are focused at younger audiences (16-29) with potential for a global impact.

Richard Maddock, Commissioning Editor for Radio 5 live, based in Salford

Louise Kattenhorn, Commissioning Executive for Radio 1and 1Xtra based in London

Louise sits with the teams working on Radio 1 and Radio 1Xtra. As you’d expect, this is the centre for popular culture serving younger (16-24) audiences.

Rhian Roberts, Digital Commissioning Editor for Radio 3 and Radio 4, based at NBH London

As digital commissioning editor, Rhian works closely with the Radio 3 and Radio 4 commissioning teams, collaborating with the specialists in drama, arts and comedy to find the very best in speech audio.

In addition, there are further opportunities with Khaliq Meer, Commissioning Executive for Asian Network, based in London, who is looking for ideas that reflect young British Asian experiences through entertaining speech, such as, Brown Girls Do It Too and But…Where Are You Really From?

BBC Sounds also has some opportunities for Children’s and Teens. John Leagas is the contact who is based with CBBC in Salford.

Commissions from other parts of the BBC such as BBC World Service and BBC Local Radio also feature on BBC Sounds, please watch out for tenders from all these areas. 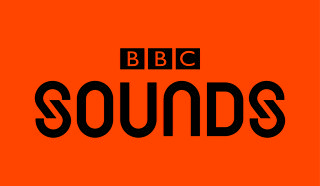