Seven Ways You Know You’re in The Twilight Zone

The Twilight Zone has been a part of the cultural landscape since the Sixties, (the US postal service even produced a book of Twilight Zone stamps in 2009) and has become shorthand for anything faintly sinister or odd. Many of us who use the term may have never actually seen or heard the series. As the radio series returns to Radio 4 Extra, we take the chance to look at how you know, as the narration said every week, “you’ve just crossed over into The Twilight Zone.” 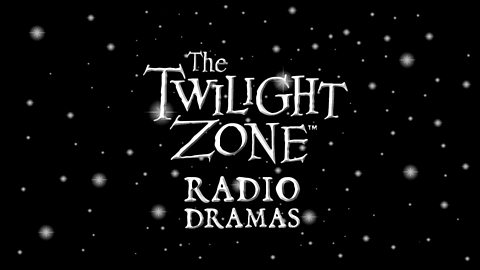 The instantly recognisable song that takes you to another dimension.

Like the Jaws theme and The Stripper, just a few bars of the Twilight Zone music tells us exactly where we are. Even nowadays, we’ll sing those few bars to indicate a strange coincidence. It’s become an iconic musical phrase to signify supernatural significance and general spookiness.

2. For truth and justice!

This is not just supernatural intervention for the sake of it. Twilight Zone stories, mostly written by creator Rod Serling, often involve a surprise ending which fixes a moral imbalance. Evil-doers get their just desserts (like the corporate exec. who bullies his way into a deal only to discover that he’s accidentally sold his soul to the devil), children get their revenge on evil or unthinking parents, and vanity is always, always punished.

One of the joys of watching The Twilight Zone is for the amount of now A-list actors that appear when they were unknown: William Shatner, Telly Savalas, Burt Reynolds and Robert Redford, to name but four “isn’t that…?” moments.

Serling himself narrated the quirky but chilling opener to each episode, which went along the lines of “this is the fifth dimension, that lies between truth and shadow…you have just entered The Twilight Zone.” Serling was a bit of a firebrand and argued furiously with studio bosses in the Sixties over racism, censorship and the Vietnam war.

Many of the stories revolved around technology or modern thinking going too far and beginning to backfire on the citizens of Earth. In a particularly horrifying episode, “No. 12 Looks Just Like You”, plastic surgery becomes compulsory until the practice is challenged by a teenage girl. Technology, which was just emerging into US daily life in the Sixties, quite often becomes sentient in The Twilight Zone and aliens are frequent visitors (inspired, it is said, by the fear of the Russians – the Other - during the Cold War).

One common fear that The Twilight Zone exploits beautifully is the fear of being trapped. Victims are suspended in one moment in time, they are aware of something dreadful that no-one else can see and they can’t communicate it or they are unable to connect with anyone else around them. This was seen as Serling’s reaction to what he saw as the insularity and selfishness of American society at the time.

There is something undeniably creepy about the word “twilight” – it was used in the Twenties to describe anaesthesia and there is a sense from the series that the world is sleepwalking into disaster. In actual fact Serling thought he’d invented the term “The Twilight Zone” himself but then discovered that it was an aviation term used by pilots to describe flying from a day time zone into night.