Which painkiller should you take?

Most of us regularly take over-the-counter painkillers - but which one is best? Dr Chris van Tulleken explains that which pill you choose should depend on the type of pain you’re experiencing. 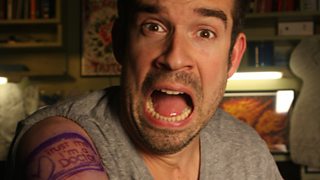 Aspirin has been around for a long time and has a reputation for being the classic ‘headache pill’. However, it isn’t the best pill to take for headaches. It works well as an anti-inflammatory and is good at reducing fever but it can also have some serious side effects. It can cause gastro-intestinal or stomach bleeding and pain, can cause kidney damage, and for under 16s there’s a very rare condition called Reye’s syndrome that can be potentially fatal. Because of this risk, the MHRA (Medicines and Healthcare products Regulatory Agency) say that under 16s should not take aspirin unless advised to do so by a doctor.

Ibuprofen is a newer anti-inflammatory drug that works in the same way as aspirin. They both belong to a group of painkillers called non-steroidal anti-inflammatory drugs (NSAIDs). Because aspirin and ibuprofen are similar, you should be very careful mixing them – you could accidentally overdose. Ibuprofen is a good choice of painkiller to ease mild to moderate pain, control a fever or ease inflammation e.g if you’re suffering from period pain, arthritis or swollen joints. But it isn’t without risks: it can cause kidney damage and stomach irritation, particularly if you’re over 65. Ibuprofen comes in many forms- tablets, gels, sprays and liquids, but remember that however it’s applied it will end up in your blood stream and so may still cause side effects.

Codeine is very old-fashioned drug. It’s an opiate, so is converted into morphine in the liver. However, some people aren’t able to carry out that reaction and so for them it will have no benefits. A lot of people get side-effects from codeine: it’s constipating, it can make you drowsy, and in high doses it can stop you breathing. It’s often given with other painkillers, such as with paracetamol in co-codamol, because codeine doesn’t actually act at the site of the pain and so can be combined with others that do. Codeine works in the brain and so technically simply stops you caring about the pain.

Paracetamol is the drug that most people with pain should try first. It eases mild to moderate pain and can also control a fever. It’s very effective and side effects are rare. However, you must be really careful to not exceed the recommended dose because taking even slightly too much can cause potentially fatal liver damage and so read the label very carefully – the suggested limits for safe usage have recently changed. Because it works in a different way, paracetamol can be combined with ibuprofen or codeine if necessary and often comes in capsules with caffeine. Caffeine, it was recently discovered, can enhance the effects of painkillers.