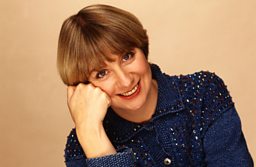 Beloved by audiences and greatly missed, she just had the knack to make the mundane and the overlooked essentially funny. But how did she do it?

The Radio 4 documentary Victoria Wood: From Soup to Nuts used her own personal rehearsal recordings, rare live performances and behind-the-scenes footage to reveal some of her comedy construction methods. Here are just a few of her tips, tricks and techniques.

You’ve Got To Get The Right Rhythm

The balance between a joke landing with an audience, and falling flat and eliciting blank stares, is finely tuned. Victoria’s own rehearsal tapes revel the importance of putting the right words in the right order. 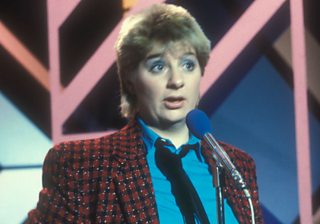 For instance, while writing a joke to use in a live show, she mentions visiting a Turkish bath and sweating out "a Welsh rarebit and an eclair" which she immediately changes to "two eclairs and a Welsh rarebit" which, rhythmically is funnier. No one knows why, it just is. As Victoria herself stated: “It’s very musical, the whole thing: building up a rhythm, building up an expected pattern and then breaking it.”

One Word Can Make All The Difference

As well as establishing rhythm, when constructing comedy, just one word in the wrong direction can derail the funny completely.

During a stand-up routine from 1996, Victoria says the word "bollocks" then comments on the scandal inherent in this. "It will be in the paper on Monday. ‘Woman says bollocks near Cheadle'.’’ As Rebecca Front states in the documentary: “Cheadle being the absolute perfect near-Manchester town. It just falls in the right way.” Victoria could have said "Sale" or "Hyde" or "Droylsden", but they wouldn’t have been as funny as "Cheadle". She had an unerring instinct for the mot juste.

In the same way that "Cheadle" added the perfect punctuation to a joke, choosing "Clint" as the name of an unsuspecting boyfriend during a youthful fling works better than "Paul" or "Steve" or "Graham" would. It’s the combination of the unexpectedly exotic (with visions of Clint Eastwood) and the utterly mundane - "Do you like beetroot, Clint?" - as Victoria’s mother asks during the routine. The choice of name was so good that Victoria used it again in Dinnerladies, for one of the toyboy paramours of Brenda's mother Petula (played by her great friend and collaborator Julie Walters).

Transforming everyday occurrences into comedy gold is one way to generate material. Another is to use the same source in a variety of ways. Just as "Clint" made the transition from stand-up routine to sitcom, so another iconic comedy character moved from comedy monologue to classic sketch. 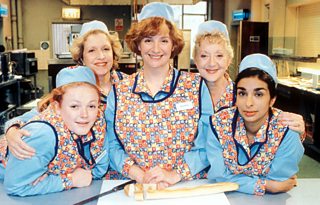 The cast of Dinnerladies

As part of a stand-up routine, Victoria described a painfully slow waitress in a motorway services café. “I felt sorry for her. I left her a quid. By the time she picked it up it was only worth 75p.” Of course, a painfully slow, befuddled waitress would later be front and centre in one of her most famous sketches featuring Julie Walters: also slow, befuddled and brandishing... "Two Soups...".

It’s Good To Be Rude on Occasion

Though she has a reputation for showcasing the hilariously ordinary and sublimely normal, Victoria was happy to dip into the more "adult" world of sex and bodily functions, if it got a laugh.

Even Victoria’s seemingly off-the-cuff remarks and throwaway lines to specific audiences were carefully scripted and rehearsed.

“Did the earth move?” “No, but the wardrobe door came open.”

Her home-recorded cassettes reveal that she would plot and time her opening remarks to the crowd - and even her ad-libs directed at latecomers taking their seats after the show had begun - were meticulously practised. “Good evening. A late start? Don’t mind me, you get that mac folded properly.” Again, "mac" being the perfect word in this instance. Far funnier than "overcoat" or even that comedy staple, "anorak".

Real Life is the Perfect Source

One of the reasons that Victoria was celebrated by such a wide audience was relatability. And that relatability came from a grounding in real-life occurrences.

Victoria’s personal recordings show how she would pick up words, phrases and events from the people who passed through her life, and weave them into her comedy. Such as the removal man who, when asked if his mate wanted a cup of tea replied: “I don’t know, he’s from Oxford.” You can just hear that as part of a Victoria Wood routine or a line from Dinnerladies.

It’s Good To Have a Routine

During a school programme about writing from the 1980s, Victoria reveals her routine for putting together songs that seems to involve a lot of procrastination (doing the crossword, tidying her desk) before getting to work. 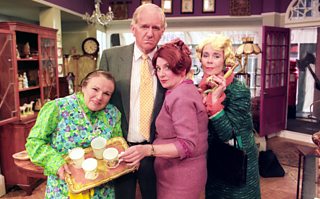 One of the secrets to her amazing rhyming ability (i.e."bleakly/meekly/Woman’s Weekly") was revealed when Victoria explained that she wrote the entire alphabet on a piece of paper and painstakingly went through it, letter by letter, to find the perfect rhyme: “If I’m trying to find a rhyme it’s much easier to go through all the words that rhyme with the particular word I’m looking for, and then see if any of them could possibly make any sense.” Good tip!

Taking a great deal of her material from her own and, more broadly, "the travail of women’s experience" (as Rebecca Front describes it in the documentary) it’s a credit to Victoria Wood that her comedy was completely inclusive.

As the show highlights, during a routine about pregnancy, post-natal depression and natural childbirth, one gentleman ("a great big hairy bloke" according to Rebecca) can be heard laughing so hard he practically drowns out the rest of the audience.

Though her work could be highly personal, Victoria never let anyone feel left out.

Listen to part one of Victoria Wood: From Soup...

Listen to part two of Victoria Wood: ... to Nuts