How to help your child feel less anxious

Every child, just like every adult, feels anxious sometimes. But for some, anxiety can take over, stopping them doing the things they enjoy.

Research by Prof Cathy Creswell from Reading University, the author of books on how to overcome anxiety in childhood, has demonstrated that there are things that parents can do to help alleviate their child’s anxiety.

Here are some tips based on her research and on other recent studies on anxiety.

1) Be aware that it’s natural for childhood anxiety to move through stages.

Four to eight year olds might worry about ghosts, monsters or animals, while older children are more likely to fear getting hurt through real but rare events such as murder, terrorism or nuclear war. 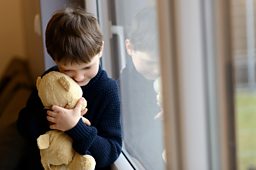 Telling them it’s never going to happen or implying they’re foolish for worrying won’t help. Instead, acknowledge how their fears must be making them feel.

3) But try not to arrange life around their worries or you could deny your child the chance to learn that they can cope with the situations they fear.

If your child is afraid of dogs it might seem kind to cross the street whenever you see a dog, but the message this gives them is that they’re right to be scared. This doesn’t mean you should force a child to confront something that terrifies them, but instead support them in gradually getting closer.

4) If anxiety is becoming a problem, watch carefully to try to identify which situations they struggle with most.

The idea is to try to get a good understanding of what they’re feeling and when, but without constantly asking them how they feel.

It’s tempting to jump in with solutions, but instead make sure you listen while they explain what they fear might happen. It might be based on a misunderstanding.

When I was little I was terrified of getting on high speed trains. I’d stood on the platform while they screamed through the station and assumed that it was like that inside the train too. Until you know exactly what it is that your child fears, it’s hard for you to help them.

6) Instead of telling your children that their fears are unfounded, ask them the questions which allow them to realise their worries might not be realistic.

For example, ask them what sorts of things have occurred in the past that make them think this might happen. Start with small steps to help them to begin to see that what happens might not be exactly what they expect or that they can cope with the challenge.

7) Encourage children to adopt mental strategies to help them cope.

If they are dreading performing in a show, for example, get them to ask themselves what’s the worst thing that could happen (they forget all their lines, wet themselves and the whole audience is laughing at them), but also what’s the best thing that could happen (their performance is so good that a talent scout offers them a role in a Hollywood film). The chances are that what happens will be somewhere in between.

8) Help to plan ways of gradually testing out their fears.

At Reading University parents are taught to build children’s confidence by getting them to plan ten steps towards doing the thing they’re afraid of.

9) Praise and reward your child for trying the steps.

This will acknowledge their effort and also encourage them to give tricky things a try.

10) It’s normal to feel anxious sometimes, but if their anxiety is frequently causing them distress and leading them to avoid everyday situations and miss out, then it could be worth seeking more advice.

Look for books with strategies you can try or approach your GP and ask for help such as cognitive behavioural therapy.

11) Remember you can’t hope to remove all anxiety from your child’s life.

Your aim is the help them to become accustomed to a bit of uncertainty, rather than trying to remove it altogether. Learning how to regulate your emotions is part of growing up. By the time we reach adulthood we get better at putting things into perspective and realising that for the most part we can cope. 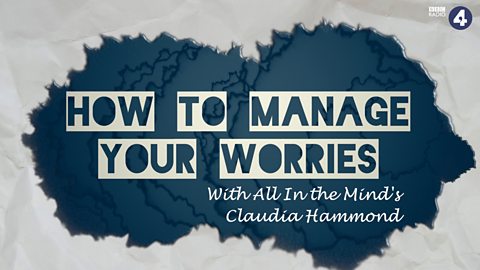 How to manage your worries