Seven things you didn't know about the Komodo dragon

In Natural Histories: Komodo Dragon, Brett Westwood gets up close and personal with the world’s biggest lizard. Here are a few facts about real life dragons. 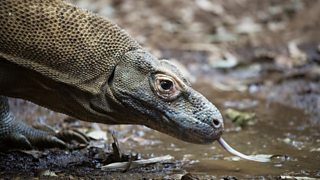 2. They are capable of ‘virgin birth’

Komodo dragons are one of the only animals able to reproduce without male fertilisation. This is due to a process of asexual reproduction known as parthenogenesis. This was only discovered in 2006, when a dragon called Flora mothered five baby dragons at Chester Zoo, despite never having been kept with a male.

3. They are really, really old

According to Joe Capon of London Zoo, Komodo dragons have been a stable species for 90 million years. They evolved from giant monitor lizards from Australia, but have been isolated so long that they have become a species in their own right. 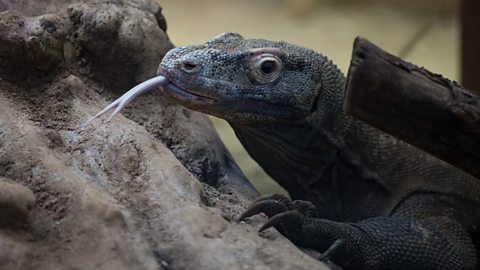 A dragon ate my chicken

4. Their mouths are filled with deadly bacteria

Komodo dragons have a particularly gruesome hunting technique. The lizards’ infectious saliva means that they can kill much larger animals with a single bite. After attacking, Komodo dragons will retreat to bide their time until their prey slowly and painfully dies of blood poisoning. Bon appétit.

After attacking, Komodo dragons will retreat to bide their time until their prey slowly and painfully dies of blood poisoning.

5. Sailors were creeped out by them

The Hunt-Lennox globe of approximately 1510 is thought to be the first that used the phrase ‘hic sunt dracones’, or ‘here be dragons!’ The words appear off the eastern coast of Asia, and may refer to Chinese sailors’ tales of real dragons on a few small Indonesian islands. As well as Komodo, they are found on Rinca, Padar and Flores, where the lizard colouring is lighter. Their existence was only confirmed in 1910 when a Dutch colonial administrator, Lieutenant Jacques Karel Henri van Steyn van Hensbroek, heard rumours of an unusually large ‘land crocodile’. He set out to investigate and came back with photos and a skin.

Planet Earth II: How to get a Komodo dragon out of your bathroom

Planet Earth II: How to get a Komodo dragon out of your bathroom

In 2001, actress Sharon Stone’s then-husband Phil Bronstein was attacked by a Komodo Dragon at LA Zoo. Bronstein was being given a private tour of the enclosure by zookeepers when one bit his foot, nearly severing his big toe. It didn’t help that Bronstein was barefoot. Zookeepers had persuaded him to remove his tennis shoes in case the dragons mistook them for white rats, which were the lizards’ principle diet. Luckily, Bronstein did not succumb to the hefty bacterial bite, and he made a full recovery.

7. They helped to inspire King Kong

In 1926, William Douglas Burden went to Komodo to capture a pair of dragons for the Bronx Zoo in New York. Burden’s friend, film director Merian Cooper, used multiple elements of this adventure in the motion picture King Kong (1933). Cooper was always planning on using a giant ape as his star, but the mysterious island and the ancient supersized monsters were both inspired by Burden’s trip.