It has been 50 years since man first stepped on the moon. To celebrate this epic milestone, we’ve been looking at the weird and wonderful ways in which our closest celestial body affects us and our planet – from how we sleep, to when we prune our plants, to the height of the oceans’ tides.

1. A full moon stops you sleeping

Have you ever had a night of disturbed sleep or wild dreams and then realised in the morning that it was a full moon? If so, you’re not alone. A recent study showed that during or around the full moon, subjects took longer to fall asleep, spent less time in deep sleep, slept for less time and reported having poorer sleep. The volunteers also had lower levels of the sleep hormone melatonin in their system. An obvious explanation is that increased moonlight keeps us awake much like the sun would. However, the study took place in a sleep laboratory where the light and other conditions were tightly controlled…

2. The link between the moon and wine

The planting and pruning of grape vines according to the moon has been practised for millennia. And so too has the harvesting of the fruit. Many winemakers will avoid a full moon at all costs because although the added moisture in the soil may give you a fuller and juicier grape, this additional water is thought to dilute the taste of the fruit, resulting in a less successful vintage.

The planting and pruning of grape vines according to the moon has been practised for millennia. And so too has the harvesting of the fruit.

The idea that grapes should be picked on specified “fruit days” is supported by many a biodynamic winemaker. But some also claim that wine actually tastes better on certain days and should be avoided altogether on others. When imbibed during certain stages of the moon’s cycle that glass of Gavi might actually taste more bitter (and no one wants that). It is rumoured that some leading grocery stores actually use the lunar-based calendar to determine which days to get the wine critics in for tastings!

Ocean tides are all to do with the moon’s gravitational pull. The planet’s water bulges on the side closest to the moon, and also on the side furthest from the moon, as it travels around the Earth. It takes the Moon just over 24 hours to complete one orbit of Earth, so it’s roughly 12 hours and 25 minutes from one high tide to the next.

Tides are also affected by the moon’s phase. During a full moon or new moon, the sun and the moon are aligned with Earth, and their gravitational forces combine. This results in the greatest difference between high and low water, known as a spring tide. (Nothing to do with the season but rather the idea of the tide “springing” forth.)

Scientific research has shown links between the moon’s phases and several species of marine life. The California grunion fish lays its eggs over a period of four consecutive nights, beginning on the date of the full and new moon, when tides are at their highest. Certain corals time their spawning to coincide with the new moon, or in the case of Acropora coral, this phenomenon occurs over a handful of days in the year, around or just after a full moon.

4. Gardeners use the moon to decide when to plant and when to prune

Disappointing results in the veg patch? It might be time to pay more attention to the moon. The basic principle behind “moon gardening” is that just as the moon has a pulling effect on our oceans, it also causes moisture to rise and fall in the soil. During a full moon, water levels in the soil will be at their highest. For this reason, it’s considered prudent to plant certain plants just before the full moon to get the benefits of peak moisture. In the last quarter of the moon’s cycle, when the water table falls to its lowest, moon gardeners will do their digging, fertilising, and pruning.

5. The moon was originally thought to induce lunacy

The word lunatic comes from a longstanding belief that the moon has an effect on the psychological behaviour of humans. It derives from the Latin word “lunaticus”, meaning “moonstruck”, and evolved from the idea that celestial changes could cause periods of insanity. Some studies have found that those suffering from mental disorders like Schizophrenia can exhibit an increase in violence or aggression during a full moon.

Why the first moon landing was 17 seconds from being aborted 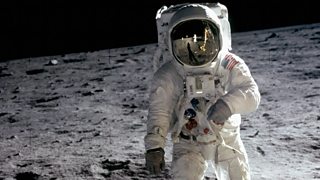 6. The date of Easter Sunday is determined by the moon

Ever wondered why the Easter holiday hops around so much from year to year? Well, it’s all to do with the moon. Easter Day always falls on the first Sunday after the first full moon that occurs on or after the March Equinox (the start of Spring). This is why the day changes every year – and why some years you might find yourself skiing over the Easter weekend, whereas others might be spent sunbathing. Interestingly, in 1818 the paschal full moon fell on Saturday 21st March so the 22nd was Easter Sunday. It won’t fall as early again until 2285 – that’s a timespan of 467 years.

7. The Islamic calendar is dictated by the moon

Muslims around the world use the Islamic calendar to determine religious events and observances, and it’s all based on the moon’s phases. The Islamic calendar is made up of 12 months, containing 29 or 30 days, with a new month only beginning when a waxing crescent moon is visible shortly after sunset on the previous day. Because the Islamic year is based on lunar cycles rather than the sun, it adds up to around 354 days – 11 days shorter than the Gregorian calendar. This is why the start of Ramadan and other Islamic festivals move backwards by roughly 11 days each year.

8. Animals are more likely to bite us during a full moon

A study run by researchers in Bradford in the year 2000 found that animals are more likely to bite us during a full moon. The study reported that from 1997 to 1999, the number of patients arriving at A&E with animal bite injuries rose significantly during this lunar phase. (It’s worth emphasising that no werewolf bites were recorded.)

9. There might be an increase in crime during a full moon

Police departments have been known to deploy more officers over certain days in the month to tackle trouble they believe is triggered by the lunar cycle. Is there a link between criminal activity and the full moon? A number of studies looking into the hypothesis found nothing to support the idea that violent crimes increase over this time, but it’s possible that crimes committed outdoors do see a surge. The most likely theory? That a full moon means more light, and that makes committing crime easier than in the pitch black.

Hear the sound of a moon 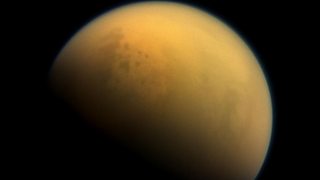 Lucie Green listens in to the sounds of Titan, Saturn’s largest moon.