She’s the doyenne of British acting, with appearances in big and small screen juggernauts like Harry Potter and Downton Abbey making her an international household name.

Now, one of Dame Maggie Smith’s earliest Shakespearean performances to be captured on film, which was thought lost forever, has been painstakingly restored after unexpectedly turning up in a library in Washington. 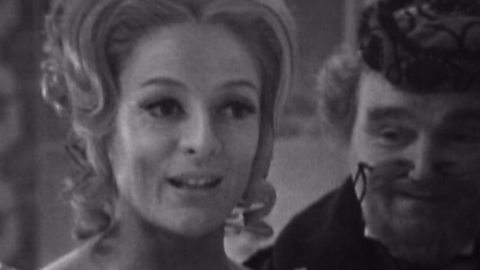 Much Ado About Nothing starring Maggie Smith (1967)

From the earliest UK TV broadcast of the play produced by Franco Zeffirelli.

Dame Maggie's 1967 portrayal of the playful debutante Beatrice in the cheerful Much Ado About Nothing is thought to be the earliest British television broadcast of the whole play. But the screen version of the famed National Theatre production by Italian director Franco Zeffirelli was assumed a lost treasure missing from the BBC’s archives. That was until a copy was discovered in the Library of Congress in Washington DC in 2010, fortunately having been loaned to PBS, America’s public broadcasting channel. 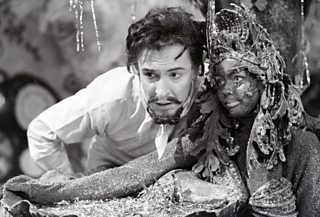 Robert Stephens as Benedick and Janina Faye as a Mermaid

...not everyone had embraced Zeffirelli’s exuberant production

The restoration of Much Ado About Nothing was completed by BBC Archive Development in a collection of programmes from the 50s and 60s which were screened earlier this year at London’s Barbican, shedding light on the early years of drama on TV.

Even more intriguingly for the actresses’ fans, Dame Maggie’s Beatrice is seen opposite her future husband Robert Stephens’ Benedick, completing one of Shakespeare’s most successful pairings. The actors were married a few months later.

But not everyone had embraced Zeffirelli’s exuberant production with its brass bands and Sicilian statues that burst into life. His irreverent interpretation of the play had caused one of the theatrical furores of the mid-60s.

The production also features early appearances from other acting greats including a youthful Michael Gambon as a watchman and Christopher Timothy as a server alongside an emerging Derek Jacobi as Don Pedro. 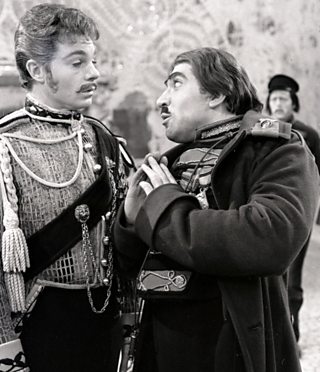 Derek Jacobi as Don Pedro and Frank Finlay as Dogberry

All four had appeared two years earlier in Othello, another National Theatre production captured for the screen at the famous Shepperton Studios in which Smith impressed as Desdemona opposite Laurence Olivier in the title role.

Speaking in the Radio Times at the time of the initial broadcast, Alan Cooke, who adapted Shakespeare’s play for television said the actors spent more than three weeks in rehearsal ahead of the recording following the run at London’s Old Vic theatre.

"Paradoxically, one needed to change a great deal to make it come out the same,” Cooke said. “The original was a very two-dimensional production; I tried on television to create the feeling of being among a performance going on." 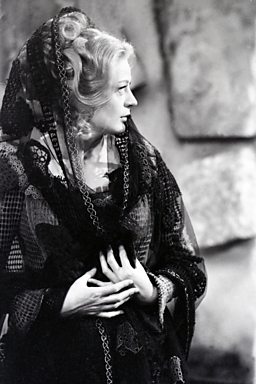 Maggie Smith as Beatrice in Franco Zefferelli's National Theatre production of Much Ado About Nothing, televised by the BBC on Sunday 5th February 1967 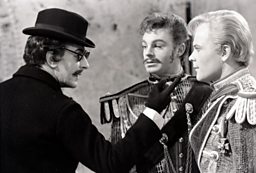 Robert Stephens as Benedick, Derek Jacobi as Don Pedro and Michael Byrne as Claudio in Franco Zefferelli's exuberant production of Much Ado About Nothing 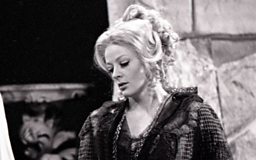 Dame Maggie Smith as Beatrice in Franco Zeffirelli's exuberant production of "Much Ado About Nothing. Copyright: BBC

You can find this production and other Shakespeare content from the 1950s to 1989 in the BBC Shakespeare Archive Resource which is only available to those in formal UK education and is free at the point of use. If you are unable to automatically view and play the media, you will need to authenticate yourself as being part of a formal educational institution in the UK. Schools in Wales, Scotland and Northern Ireland can log in using their Hwb+, Glow or C2K credentials and schools in Scotland and England can also access the site using RM Education’s Launchpad. If you are unable to login, please email us at shakespeareaccess@bbc.co.uk to request access credentials. Teachers can access the whole collection from the 1950s to the present day if their school, college or University subscribes to off-air providers like BoB, Planet eStream’s Connect or Clickview.