A brief history of the home workout

“And breathe out. And breathe in- can everyone hear me? Sorry I lost connection for a moment there. Sharon, you’re on mute, if you want to ask a question you have to switch on your mic-”

It’s become a depressingly familiar scene as many of us are at the mercy of dodgy broadband and faltering video connections as we try to keep fit. We seek to recreate the camaraderie of an exercise class from our own homes, be it a video-call yoga group, televised P.E. class or a weights session with tins of beans. Prior to lockdown, you might have associated home workouts with YouTube yogis, celebrity weight loss DVDs or the iconic, unitard-clad Mr Motivator who got the nation moving in the 90s.

But home workouts have a surprisingly lengthy history, dating back long before televised fitness regimes, further back, in fact, than households even had television sets. In Stretch and Listen!, Mr Motivator (also known as Derrick Evans) tells the story of fitness on the radio. Read on to discover what a home workout would have sounded like almost one hundred years ago…

Radio broadcast home workouts first emerged in America around a century ago.

Walter Camp, a fitness coach who is hailed as the ‘father of American football’, was called upon during World War One to keep the troops in shape. His solution was the ‘daily dozen’: twelve handy exercises to promote fitness and weight loss. When the soldiers came home, a fitness craze ensued and the workouts were monetised, with phonograph records of the exercises being made and sold.

Soon after, these workouts began being broadcast on the radio. “It was designed so you could do it in your home. It was designed so even if you lived in an apartment, you could have 15 minutes of exercises … and go into the world feeling physically fit.” says Professor Donna Halper, who lectures in communication and media studies at Lesley University.

These broadcast bursts of exercise, explains Donna, inaugurated morning workouts, as radio programmes had been largely aired at night until the early 20s. The phrase ‘daily dozen’ soon worked its way into common parlance when referring to exercising, and these nifty workouts became so ubiquitous that the Metropolitan Life Insurance Company got behind them as a sponsor. 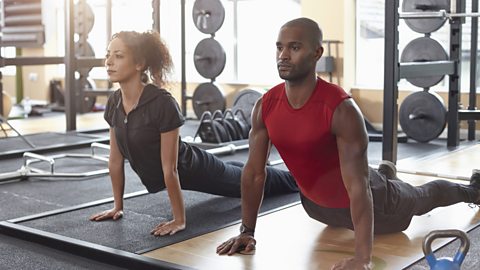 The best workout for your health

Dr Mark Porter finds out what the best workout is for all-round health benefits.

Japanese officials who were in the USA at the time heard these sponsored broadcasts. Soon after, a Japanese equivalent was established. Moves were called out with military precision over an incongruous soundtrack of gentle tinkling piano music.

Whereas in the States, the workouts were completed in solitude, or at most with family members, in Japan it was a much more communal affair. Groups of friends would gather to exercise together and before long, stadiums were filled with fitness fanatics.

The exercise regimes were even used as a political tool and disseminated in Japan’s colonies, explains Professor Kerim Yasar: “It was exported to Taiwan and South Korea. It was part of an effort, I think, to inculcate Japanese ways of doing things on these colonised populations.”

Kerim explains that by the 1930s, when Japan was at war in Asia, the exercises were used in the military. After Japan’s defeat, the American occupation authorities warned Japanese broadcasters that these regimented communal exercises had militaristic undertones and were reminiscent of the authoritarian government. Yet by the 1950s, the workouts were started up once again by the postal insurance scheme.

Fast forward 70 years, and daily exercises are still being broadcast at 6.30 on Japanese radio, with some 10 million participants.

In terms of format, the workout broadcasts of the fifties weren’t too different from today: an enthusiastic trainer would offer encouragement and instructions to the beat of a musical accompaniment. Yet the toe-tapping tunes in question were provided by a piano and organ. Wild.

Eileen Fowler presented a popular exercise slot on Radio 4’s ‘Today’ programme. Her goal was to make exercise fun and accessible and her radio career progressed onto making fitness records and television shows.

The space for fun fitness had been carved out some 20 years previously by Joe Murgatroyd on Radio Normandy. His morning broadcast for a British audience, ‘Laugh and Grow Fit’ encouraged silliness amongst his listeners, who would carry out exercises accompanied by cheerful songs performed by Joe and his wife.

Derrick Evans explains that his role as Mr Motivator had a similar purpose, “It’s not just exercise, it’s entertainment,” he says.

Eileen Fowler (dark shirt) with the team of 'keep fit' housewives in the weekly series of exercises to music televised from the BBC's Gosta Green Studios, Birmingham.

Online video tutorials and live workout classes on a video link may be experiencing something of a moment, but radio fitness broadcasts are still thriving too.

Terry Keen, host of radio fitness programme ‘10 Today’, was inspired by the ever-popular rajio taisō (radio calisthenics) of Japan. His show gets its name because it comprises 10 exercises in 10-minute sessions. These largely static exercises are to help older people improve their mobility and balance in a secure environment.

Terry’s initial plan was to produce televised workouts, but this took an unprecedented turn, he explains. “The idea was it was going to be a video option, and we’d back that up with the radio broadcasts, which were a bit more explicit, a bit more descriptive.” 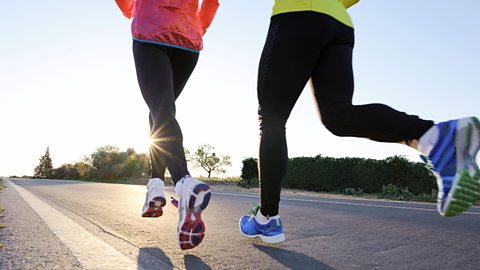 How to get into running

How much money should you spend on running shoes? Vybarr Cregan Reid answers questions.

But Terry soon realised his audience were happier with a radio broadcast, “maybe they didn’t like looking at a video and trying to concentrate and do two things at once. But if you’re listening to the radio, then you sit and listen and concentrate, don’t you? So the radio broadcasts were really welcome.”

As well as a radio programme, 10 Today is now a podcast, which can be found on BBC Sounds.

But what adaptions have to be made for radio? Terry finds himself using much more visual language, giving descriptive names to moves which build an image in the audience’s minds before they’ve even had the step-by-step instructions.

He says: “It takes the intimidation factor out of it. Instead of saying, ‘we’re going to do a biceps curl’, you can say ‘we’re going to reach for our shoulders’. People accept that much more.”

Even Walter Camp, the OG radio instructor working a century ago, gave his exercises names, such as the curl, the roll, the grind, the rotate. 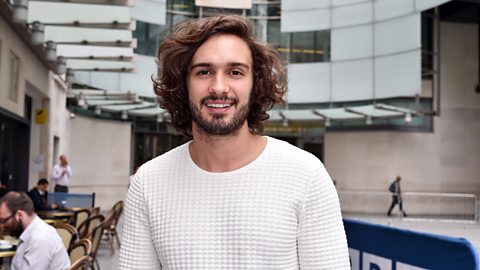 Joe Wicks: It takes 90 days to change your life habits

Joe Wicks, known as The Body Coach, is a best-selling author and fitness entrepreneur.

Down with the kids

Radio fitness has a captive younger audience, too.

Adele Roberts, presenter of Radio 1’s Early Breakfast Show, says that its Workout Anthems are a huge hit. “It’s the fifth most downloaded product that Radio 1 puts on BBC Sounds, which is huge” she says. “It just shows how popular it is, and how much people need it at the moment.”

The physical benefits of home workouts, as well as the community spirit fostered by radio, are needed more than ever right now. So let’s turn up the volume and get moving. Lycra unitards optional.