Countering terrorism with music: The World Orchestra for Peace at UNESCO in Paris

The world was rocked by the horrific events in Paris on 13 November, in which a series of co-ordinated attacks by Islamic State terrorists claimed 130 lives. Yet amid the chaos and tragedy, one beacon of hope and defiance shone out. Just three days later, with the city on lockdown and all venues closed due to heightened security, the World Orchestra for Peace was granted special permission to perform a tribute to the victims at UNESCO's Paris headquarters. Below, the orchestra's director and co-founder CHARLES KAYE reveals how leading players from around the world came together in the French capital within 36 hours of the tragedy, and we present video excerpts from the occasion. 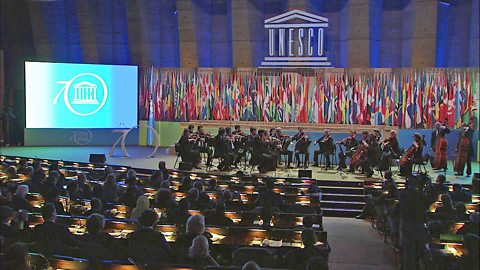 The World Orchestra for Peace perform Barber's Adagio for Strings

On Monday 16 November, an extraordinary event took place at the Paris headquarters of UNESCO, the world guardians of culture, heritage, science and education.

Some 23 string players of the World Orchestra for Peace - leading players of 21 orchestras, representing 16 nationalities - defied the odds and came together after the terrorist atrocities of Friday 13th, to prove (in the words of their founder, the conductor Sir Georg Solti) "the unique power of music as an ambassador for peace". 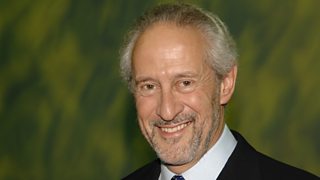 The event was originally planned as the climax of celebrations marking the 70th anniversary of the founding of UNESCO. Then came the terrorist attacks in Paris.

I sent a message to Irina Bokova, UNESCO Director-General, in the early hours of Saturday morning, saying: "All of us remain ready to get on our respective planes and trains tomorrow if we are permitted, and play our part, as planned, in delivering with you through our music a message of peace on Monday. What better signal can we send the world that terrorism will not stop our efforts for peace?"

Despite a clear directive from the French authorities that all theatres, concert halls and sports stadia would remain closed for three days, Bokova was able to get agreement that the UNESCO event would be granted an exception – with the understanding that the programme would be changed from one of celebration to one of dedication, to the memory of those killed and their families. 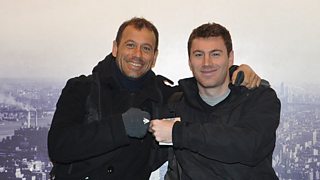 The opening work was Samuel Barber’s Adagio for Strings, and was led by Bertrand Cervera, concertmaster of the Orchestre National de France. His 25-year-old son Vincent, a Paris firefighter, was amongst those first to be called to the Bataclan concert hall shootings on Friday 13th.

Despite his traumatic experience that night, he came to UNESCO 72 hours later, to listen to the tribute event and afterwards told the musicians: "Tonight has restored my faith in humanity and the power of music to heal."

Irina Bokova’s moving address, which followed, can be seen and heard on this page, along with the closing minutes of the documentary From War to Peace, where Valery Gergiev, the orchestra’s conductor since Solti’s death, explains what makes this orchestra so special.

The World Orchestra for Peace has performed regularly at the BBC Proms over the past 15 years and the full documentary charts the story of the orchestra and its UNESCO Concert for Peace at the 2014 BBC Proms. 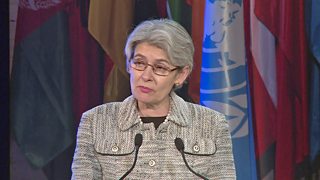 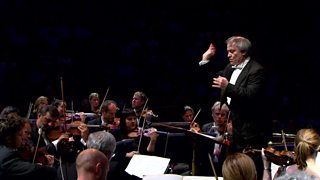 An excerpt from the documentary From War to Peace, which follows the orchestra's UNESCO Concert for Peace at the 2014 BBC Proms to mark the centenary of the start of World War 1.

The string players of the World Orchestra for Peace in Paris, concertmasters and section principals drawn from 21 orchestras across the globe.