I grew up on a narcotics farm

Marjorie Senechal had an idyllic childhood on a farm in Kentucky in the 1940s, surrounded by 1200 acres of bluegrass, cows, and crops. This was no ordinary farm however, it was a Federal prison farm, described in the New York Times in 1929 as a “narcotic farm… where scientific methods of cure and treatment of drug addicts will be studied and tested”.

Dr Sally Marlow, the presenter of Hitting the High Notes, the Radio 3 documentary about the farm found out about Majorie’s early life there... 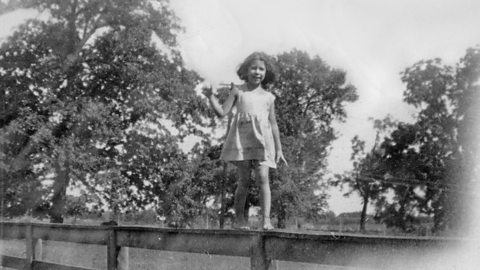 I grew up on a rehab farm for drug addicts

Memoirs of a Narco Brat

Marjorie’s father was Abraham Wikler, a US Public Health Service psychiatrist. She and her family lived in a house on the grounds of “Narco”, as the locals called it, from the time she was one year old. Marjorie was allowed free run on the farm, which was formerly an old slave owner’s estate. Here she tells her story...

We lived in one of the cottages for the slaves, in beautiful grounds. We got to know the patients who worked in the house, and we never called them prisoners, we called them patients.

One favourite was Joe Moore. We got to know him really well because he kept on relapsing and so came back again and again after he’d been released. We kids could do what we wanted and go where we wanted: the grounds, the horse barn, the farms, kittens in the hayloft, everything was open to us and we had a wonderful time.

We could never go into the residential areas where the prisoners lived, but we could go into the main hall, and if you went to the right and downstairs, you came to the canteen for staff, where you could get sandwiches and candy bars and milkshakes.

If you crossed the courtyard and went into the other wing, you got to the auditorium. We could go there whenever there was a concert, or a movie.

Narco concerts were something else again. The patients included a long roll call of famous jazz musicians, including Sonny Rollins, Chet Baker, and Lee Morgan, and part of their treatment was to play music.

I knew it was supposed to be the best jazz in the word. They weren’t just improvising non-stop, they were thinking carefully about the music, practising and working together, like a music camp. The doctors were as excited about the music as anybody else.

My father would sometimes say in the mornings “Guess who came in last night”, you know, some movie star, some jazz person, and they were thrilled out of their minds.

One time, he said that Barney Ross, the boxer, was there, and did I want to take boxing lessons, and I thought “yeah that would be great!”, so I did…. one lesson! I was terrible at it, but at least I got to see him.

He was the Associate Director of the research centre, in a wing separate from the prison, but attached to it somewhere, and that was where they did the animal experiments. The doctors wore military uniforms because the Public Health Service was under the marine.

My father only had three stripes on his sleeve, and so I would say “why don’t you have four stripes, daddy,” and he said, “because if I have four stripes, then I have to be an administrator! I don’t want to have to run anything, I like to do the research.”

He took me into his lab and there were cats walking round and round in a circle in a big pen, and they didn’t pay attention and they didn’t stop. I said, “What’s going on here, what’s happened to them," and he said he had decorticated them.

He was trying to see if he could addict them, because Pavlov had said that without a cortex there could be no addiction. He worked directly with animals, also with some of the prisoners, but that part we never talked about at home. 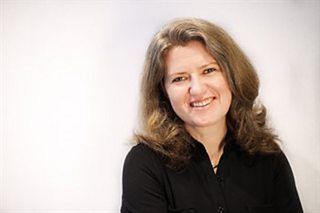 For her programme, Hitting the High Notes, Dr Sally Marlow, an addiction specialist at King's College London, examined the relationship between heroin and jazz in the post-war period and explored its impact on creativity, therapy and addiction science both then and now. She heard from musicians of that period, and travelled to what was the United States Narcotic Farm in Lexington, Kentucky. You can listen to Hitting the High Notes here.

Abe Wikler’s main research area was relapse: he was trying to learn what it was, what caused it, and how to prevent it. Indeed his theory of relapse, based on triggers and conditioning, is very relevant today. However, by today’s ethical standards, some of Narco’s research practices seem dubious to Marjorie now. 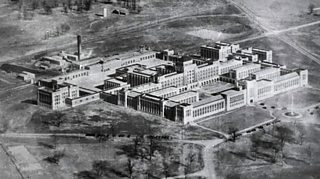 The prisoners who were taking part in experiments had to be observed and they had to be under supervision. What the researchers were looking for was trying to understand physiologically and mentally what addiction is, and they hoped to find a cure. But they had crazy things going on there, like paying the addicts in drugs for their time and co-operation. It was absolutely wrong. At the time I think they didn’t see it that way, and they felt that they were doing it for science, and that the prisoners were willing volunteers.

Despite the hopefulness of the researchers at Narco that they would explore science to find a cure for addiction, Marjorie thinks little changed as a result.

Marjorie is Louise Wolff Kahn Professor Emerita in Mathematics and History of Science and Technology at the distinguished US liberal arts college, Smith. She has written a memoir, Narco Brat, which is available to read here.

More Americana in the Sunday Feature