Carnage is, of course, a fantastical comedy – but the subjects it covers are very much grounded in reality.
So we’ve put together a ‘top ten’ questions raised by the film.

Carnage is set 50 years in the future, when we’ve all given up meat and dairy products.

However, at the moment meat consumption globally is actually rising. As huge countries like China and India become more prosperous, the population is increasingly turning to meat.

But 2067 will be defined by one fact – population. By then, the United Nations predicts there will be 10.5 billion people on the planet (world population is currently around 7 billion).

The UN has produced a number of important reports about this year, showing that “the World must sustainably produce 70 per cent more food” by 2050.

This has led to some scientists arguing that a meat-based future isn’t sustainable. Joel K Bourne’s book The End of Plenty – The Race To Feed A Crowded World (2015) argues that if we continue at the present rate, the world is doomed to hunger. His solution is to move away from meat as it is an inefficient use of resources with so many people to feed. And some governments are taking heed of this message – China recently began a campaign to try to reduce its population’s meat consumption.

2. Where did the word vegan come from?

Carnage shows a film featuring the Vegan Society and the wonderfully-named Bland family. 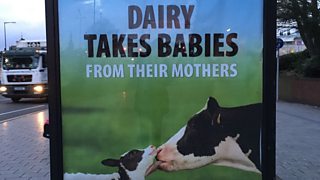 And it was Donald Watson, the founder of this society, who helped coin the word ‘vegan’ in 1944.

Watson was a committed vegetarian who gradually became appalled by the dairy industry. He set up a meeting with a few like-minded souls to create a new movement:

“The group felt a new word was required to describe them; something more concise than ‘non-dairy vegetarians’. Rejected words included ‘dairyban’, ‘vitan’, and ‘benevore’. They settled on ‘vegan’, containing the first three and last two letters of ‘vegetarian’. In the words of Donald Watson, it marked “the beginning and end of vegetarian.”

Many were sceptical that one could stay healthy on a vegan diet – but Watson died at the grand old age of 95.

Veganism is now growing faster in Britain than at any time in its short history, spearheaded by a number of high profile campaigns.

3. Did eating vegetables really make us healthier during the war?

As Carnage shows, rationing in the Second World War transformed Britain into a nation of vegetable farmers. 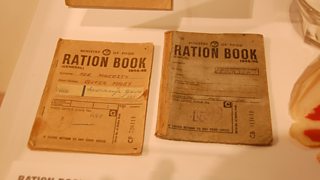 It was one of the most successful examples of government propaganda in British history – there were even songs encouraging the populace to ‘Dig for Victory’:-

‘Dig! Dig! Dig! And your muscles will grow big
Keep on pushing the spade
Don’t mind the worms
Just ignore their squirms”

The myth that carrots make you see better in the dark dates from this time – as detailed in Colin Spencer’s Vegetarianism: A History, the head of the Ministry of Food, Lord Woolton, invented the character ‘Doctor Carrot’ – “the propaganda that if we ate enough carrots we’d be able to see in the blackout was as much a fantasy as anything dreamed up by Lewis Carroll” (there was also a ‘Woolton Pie’ named after the minister, consisting of potatoes, cauliflower, swedes and carrots in oatmeal – yummy).

The beneficial effects of swapping vegetables for meat was no myth - “We now know that the nation under a system of rationing and food subsidy attained far higher standards of health than ever before or since. Improvements were recorded in the birth rate, infant mortality and the general health of children.”

However, it should be noted that the British didn’t completely cut out meat – there was a roaring trade in offal and (as the film shows) even horse meat!

There is a BBC iWonder guide to the effects of rationing.

Fanny Cradock seems so preposterous, she might’ve been specially created for Carnage – but she was all too real. 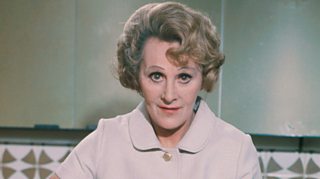 There were TV cooks before Fanny, but she was the first ‘celebrity chef’, paving the way for everyone from Gordon Ramsay to Nigella Lawson.

Memorably described by the writer John Walsh as having “mad glittering eyes, the face of a supercilious horse… and demeanour of a woman in constant search of an argument,” her recipes (including the meat-based extravaganzas shown in Carnage) were a direct repudiation of the rationing era.

After many decades of success, Fanny Cradock’s abrasive personality was to be her undoing. In 1976, she humiliated a member of the public on air – she physically gagged at their menu choices and grandly declared “You’re among professionals now dear!” Viewers were horrified, and Cradock’s broadcasting career was effectively over.

5. Could animals really be given the same rights as humans?

There are now a number of activists who want animals to have legal rights no different to those enjoyed by humans. 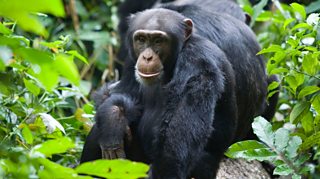 “Our mission is to change the legal status of appropriate nonhuman animals from mere “things,” which lack the capacity to possess any legal right, to “persons,” who possess such fundamental rights as bodily integrity and bodily liberty.”

Its most famous advocate is the lawyer Steven Wise, the subject of a Storyville documentary Unlocking the Cage.

In 2015, Wise brought a case to the American courts that two chimpanzees in a research lab should be given the status of ‘personhood’. Wise argued that in the past, groups like slaves and Native Americans were disgracefully not seen as ‘persons’ under the law - and now animals should be recognised as legal ‘persons’. The judge ruled against Wise – “Persons have rights, duties, and obligations; things do not.”

But the tide seems to be turning Wise’s way. In 2015, New Zealand passed the Animal Welfare Amendment Bill, which recognised animals as being “sentient”.

6. Can we really grow meat in a laboratory?

The good news for those people who want to go vegetarian or vegan, but feel they’ll miss the taste of bacon sarnies – this is already happening.

In 2013, the world’s first “lab-grown burger” was unveiled. A BBC news report showed how “Scientists took cells from a cow and, at an institute in the Netherlands, turned them into strips of muscle that they combined to make a patty. One food expert said it was ‘close to meat, but not that juicy’ and another said it tasted like a real burger.”

But synthetic meat has developed since these modest beginnings. At the forefront is the Bill Gates’ backed company Beyond Meat – this year it launched a burger that “bleeds” (though with beetroot juice, rather than blood).

7. Does eating meat contribute to getting cancer?

There have been studies demonstrating that the consumption of red meat (e.g. beef) and processed meat (e.g. sausages) leads to an increased risk of bowel cancer. 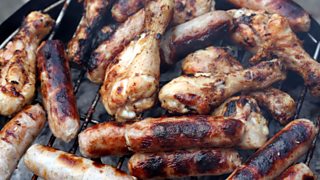 In 2015, the World Health Organisation added processed meats to a list of carcinogens – now a humble banger was judged to be as dangerous as tobacco and asbestos.

According to NHS guidelines “Red meat can be included as part of a healthy balanced diet. However, eating too much may put you at an increased risk of bowel cancer.” It advises that “eating a healthy diet that's high in fibre and includes lots of fruit and vegetables can reduce your risk of some cancers.”

There are many in the scientific community, however, who believe that meat is an essential part of a human diet, and that the evidence linking red meat to cancer requires further research. One recent study concluded that because of factors like the “intake of refined sugars and alcohol” and behavioural factors like “high body mass index”, it is difficult to “analytically isolate the independent effects of red meat consumption”.

To learn more, read Michael Mosley on the evidence linking meat and disease. And an iWonder guide to processed meat and cancer.

8. Does the meat industry contribute to Climate Change?

Carnage sees Britain drowning – and campaigners today argue that one of the main drivers of potentially catastrophic climate change is the consumption of meat. 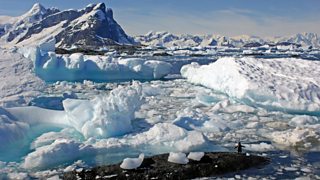 Studies have shown meat farming leads to the rise of greenhouse gases because of the methane released by animals. In 2013, the United Nations Food and Agricultural Organization reported that 14.5% of all greenhouse gases were caused by livestock production. The BBC reported that this is equivalent to the exhaust emissions of every car, train, ship and aircraft on the planet.

In 2016, the Oxford Martin School demonstrated that as the planet evolves to create more food for an ever-expanding population, greenhouse gas emissions caused by the meat industry are set to reach dangerous levels. They advocated humans rapidly cutting down their meat consumption:

“Imbalanced diets, such as diets low in fruits and vegetables and high in red and processed meat, are responsible for the greatest health burden globally and in most regions… At the same time, the food system is responsible for more than a quarter of all greenhouse gas emissions, and therefore a major driver of climate change.” – Dr Marco Springmann

There is also the fact that meat production is resource-heavy. John Robbins’ seminal book The Food Revolution shows that while 1 pound of lettuce uses 23 gallons of water, a pound of beef uses 5,214 gallons.

9. Who were the first vegetarians?

Carnage features vegan chef Freddy Jayashankar, whose “plant based, Eastern cuisine seemed totally radical, despite being around for 2500 years”.

Colin Spencer’s Vegetarianism: A History traces the beginnings of the vegetarian tradition to India, where “it is accepted as part of the Hindu religion and inescapably linked to the concept of the sacred cow and the transmigration of souls”.

In western history, the most important ‘early adopter’ of vegetarianism was the philosopher Pythagoras (around 500 BC). Pythagoras never wrote anything down, so views are only ascribed to him – but there is a tradition that he wouldn’t consume meat because animals had souls.

In Ovid’s Metamorphoses, Pythagoras says it’s “evil to swallow flesh into our own flesh, to fatten our greedy bodies by cramming in other bodies, to have one living creature fed by the death of another living creature.”

Before the popularisation of the word ‘vegetarian’, people who didn’t eat meat were said to be following a “Pythagorean diet”.

There are many scientific reports that going vegan enhances life expectancy. 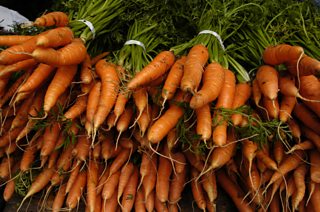 Research published in 2016, based on a study of over 100,000 people in America over three decades, showed that even a small (three per cent) increase in calories from plant protein could reduce your risk of death by 10 per cent.

James Brown, lecturer in Biology and Biomedical Science at Aston University, wrote an article last year on whether meat eaters or veggies live longest. He says “can we confidently say that avoiding meat will increase your lifespan? The simple answer is: not yet… finding a link between two things – such as eating meat and an early death – doesn’t necessarily mean one thing caused the other.”

However, he does conclude:

“So should I avoid meat for a long and healthy life? The key to healthy ageing probably does lie in controlling our environment, including what we eat. From the available evidence it is possible that eating a meat-free diet can contribute to this, and that avoiding meat in your diet could certainly increase your chances of avoiding disease as you age.”