Dan Snow takes us through his fascinating facts about D-Day

To plan for the operation the BBC ran a competition for French beach holiday photographs. 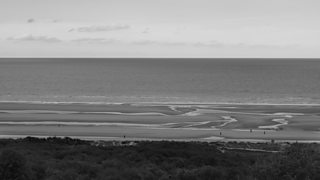 It was actually a way of gathering intelligence on suitable beaches.

D-day is simply a standard armed forces way of emphasising a particular day. It means THE Day, it’s like saying H-hour which is the exact time at which an attack traditionally began.

From 12 March 1944 Britain barred all travel to Ireland in order to prevent the leaking of the date of the D-Day landings.

The planners were particular about the timing of D-day. They wanted a full moon, with a spring tide. They wanted to land at dawn on a flood tide, when it was about half way in. That meant there were only a few days that were appropriate. June 5th was chosen but it had to be delayed 24 hours for bad weather.

The forecast was so bad that the German commander in Normandy, Erwin Rommel, went home to give his wife a pair of shoes on her birthday. He was in Germany when the news came.

Lord Lovat landed on Sword Beach with his Commando Brigade, accompanied by his bagpiper, Glasgow born, Bill Millin. Millin struck up ‘Hieland Laddie’ as soon as he jumped into the shallows and then walked up and down the beach playing the pipes. German prisoners later admitted that they had not attempted to shoot him because they thought he had lost his mind.

Hungarian-born photographer Robert Capa, working for Life Magazine, was the first photographer to land on Omaha Beach, on one of the earliest waves. He took over 100 photographs, but an over-excited darkroom assistant in London melted the majority of them during development. Only 11 were salvaged. Life printed them and said they were blurry because Capa’s hands were shaking with the heightened drama of the moment.

Before D-day mini subs crept into the beaches and by night engineers would swim out to take soil samples, then swim back, sleep submerged all day in the subs, then repeat the following evening.

The British infantryman was paid £3 15s a month, the Americans got £12.

British intelligence had set up a network of fake agents who fed the Germans misinformation. The Germans paid good money, meaning they were paying into the British exchequer. A useful contribution to the war effort!

It was the largest seaborne invasion in history: 7,000 ships took part.

On the night of the invasion only around 15% of paratroopers landed in the right place.

The German airforce, the Luftwaffe, was outnumbered 30:1 on D-day and didn’t shoot down a single allied plane in air to air combat.

The first allied soldier killed was Lieutenant Herbert Denham ‘Den’ Brotheridge, just after midnight on the 6th, while leading a charge to seize Pegasus Bridge.

Prime Minister Winston Churchill announced that he would go to sea with the fleet and watch the D-day landings from HMS Belfast. This idea was opposed by many and it took King George VI to stop him, by insisting that if Churchill went he would also go. Eventually that made Churchill back down.

There were five beaches, codenamed, from east to west, Sword, Juno, Gold, Omaha, Utah. Casualties varied widely. On ‘Bloody Omaha’ where around 4000 men were killed or wounded, one American unit landing in the first wave, lost 90% of its men. On Gold Beach, by contrast, casualty rates were around 80% lower.

The allies put a huge effort into persuading the Germans that the invasion was going to be around Calais, not Normandy. They invented a whole group of armies in Kent, building dummy equipment and placing General George S Patton, who the Germans considered the best allied general, in SE England. The Germans took the bait so much that even after D-day they held many of their best troops in the Calais area expecting a second invasion.

The SAS masterminded parachute drops in which hundreds of dummies were thrown out of aircraft to confuse the Germans as to where the landings were going to be.

The traditional allied death toll for the whole of D-day is given as 2,500. However recent research suggests that it might be around twice that figure.

The landings were a success but did not, on the whole, achieve their ambitious objectives. The British hoped to take the city of Caen on D-Day, in fact it was only captured after over a month of terrible fighting.

The morning after D-day the police raided a brothel, which French women had set up in a wrecked landing craft.

Dan Snow will be sharing more facts and sending live updates about the veterans he meets from the D-day beaches during the 70th anniversary. Follow @thehistoryguy