It's OK to be weird: The extraordinary life of Bob Parks

Eccentric British conceptual artist Bob Parks was at the heart of the thriving Los Angeles performance art scene of the 1970s, appearing in galleries and on television as his alter-ego, Bignose, and walking the streets of LA in a string bikini. But after his marriage failed, Parks saw his burgeoning art career come to pieces. Having been rescued by the parishioners of a South Central gospel church, Bob finally moved back to the UK to live with his parents in the New Forest. Despite planning to stay for only six months to finish a series of paintings and gather his thoughts, Bob stayed for 30 years. A new film, The R&B Feeling: The Bob Parks Story - part of the BBC Four Goes Conceptual season - tells his extraordinary story. Here, director MARCUS WERNER HED and producer TOM VINEY reveal how they made it.

Bob Parks at home in the village of Sway

It’s clichéd to open an article like this by asking where to begin; by suggesting that the subject is so rich and intricate that it’s almost impossible to reduce down to 800 words. But in this case it’s appropriate.

Making The R&B Feeling was a long and complex process. There were many frustrations, arguments, tears and moments of pure absurdity that – were they not captured on camera – we doubt anyone would ever believe.

What began its life as a straightforward documentary on an interesting artist, a forgotten and peripheral figure from the Los Angeles Performance scene of the 1970s, quickly became a film about death and grief and the redemptive power of art-making.

We could start at the moment we first met Bob (either hanging naked from a tree, or delivering a screamed, punk-rock version of Stand By Me at the ICA, depending on who you ask).

We could begin with the first day of principal photography, outside a Pink's Hotdog on LaBrea Avenue, in LA, where we witnessed a horrific car crash. Or we could open with Bob’s own horrific car accident, two years later; without giving too much away, arguably the definitive moment in our film, and in the life of its protagonist.

But, mirroring the structure of our film, we should begin at the beginning. Bob was a suburban hippy teen, from Southwall, who’d found his way to Los Angeles after art school with only his young American wife and a list of galleries he admired. Almost completely by accident, he stumbled into something amazing. 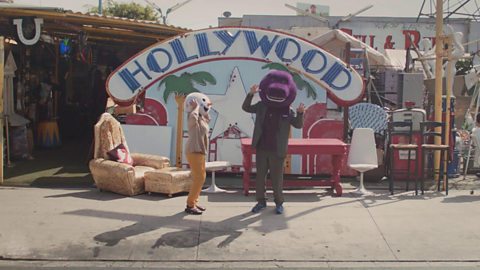 The artist and a friend dance outside a Los Angeles prop warehouse.

Bob became a peer of Chris Burden and Paul McCarthy, at the time young artists revolutionising American conceptual art with a series of intense and confrontational performances, and he soon began making his own wild and troubling work.

He walked around LA in a string bikini, as a gesture of solidarity for the feminist movement, and was abused and set upon wherever he went. He screamed and faked seizures. He gave away all his belongings to school children. He built a giant mud-mountain in the living-room of his North Hollywood condo.

He walked around LA in a string bikini, as a gesture of solidarity for the feminist movement, and was abused and set upon wherever he went

He gave himself fully to the project of contemporary art, and suffered the consequences. In 1978 his wife Myriam, exhausted by years of high intensity art-making, sued for divorce. And things fell apart.

After a couple of years, living in purdah singing gospel (badly) with the congregation of a Pentecostal church in South Central LA, he returned to the UK, to live in his parents’ home in Sway, a small village on the edge of the New Forest. Which is where we found him 30 years later.

But this is all only a small part of Bob’s life. His story is impressive, and vast; it stretches from Los Angeles to Haiti, via the worlds of gospel and voodoo, to the hippie movement of the late 60s and Thatcherite Britain in the 80s via a tumultuous family upbringing and an incredibly rich artistic career, and is still not close to its end.

There is a lot more to Bob’s life than we could ever fit into the film, but we tried. We also tried to do justice to the man we met and worked with for four years. A man who, despite suffering many pratfalls and misfires and despite going unrecognised for decades, continues to make art every single day. A man who believes in and is devoted to art in a way that the lazy might describe as “verging on the spiritual” but is, in fact, fully spiritual. 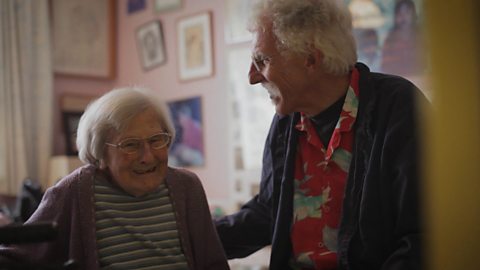 Bob Parks and his mother

The artist shares a moment at home with his elderly mother, Marjorie.

His dedication to the work is comparable to that of the most zealous preacher, and his belief in its transformative power like that of the most faithful believer. He is a man who lives art.

We saw in Bob something radically different, something very far away from the art world norm: a creative urge that keeps expressing itself, not always in the best way and sometimes terribly, but always working.

Though he doesn’t really understand social media, Bob is in many ways its poster boy. His life is completely transparent

We also saw a man for whom everything was on the surface, and radically un-private.

Though he doesn’t really understand social media, Bob is in many ways its poster boy. His life is completely transparent, his feelings and doings (even at their darkest or strangest) are for public consumption and conversation.

It was all this that kept us going, and ultimately why we put in the years, the arguments, the long nights and the angst into making this film and telling Bob’s story.

Hopefully after seeing this film, we can all view the world through Bob’s eyes; see it in slightly more vivid colour, appreciating the strange things for being strange, rather than dismissing them for it. It’s OK to be weird. Often it’s better.

The R&B Feeling: The Bob Parks Story is on BBC Four at 22:00 on Monday 19 September, and for 30 days thereafter on BBC iPlayer. 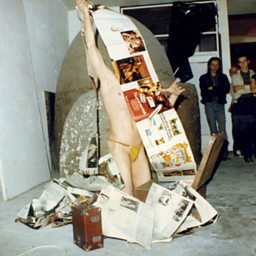 Parks performing as Bignose in the early 1970s 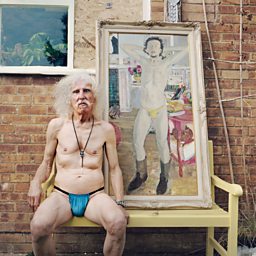 Parks today, alongside a self-portait 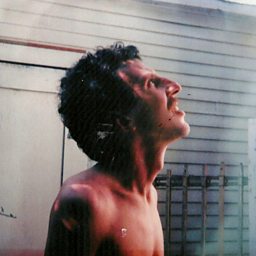 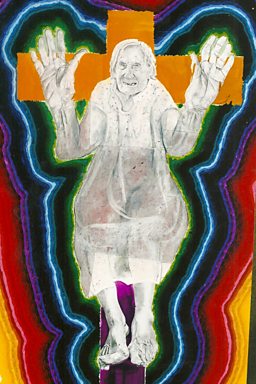 A portrait by Parks of his mother, Marjorie