The power to amaze: Abstract Expressionism at the RA

Born in post-war New York, Abstract Expressionism was a watershed moment in the evolution of 20th-century art which redefined the nature of painting. Yet, remarkably, there has been no major survey of the movement since 1959 - until now. A new exhibition at the Royal Academy brings together some of the most celebrated art of the past century, offering the chance to experience the powerful collective impact of Pollock, Rothko, Still, de Kooning and co. WILLIAM COOK pays it a visit.

Back in 1959, an exhibition opened at London’s Tate Gallery which shook up the British art scene. New American Painting showcased the work of a new generation of US artists.

Their abstract artworks were shocking and inspiring. London had never seen anything like it, and British art was never the same again.

Now those American painters are back in London, this time at the Royal Academy, for the first big Abstract Expressionist show in Britain for nearly 60 years.

Abstraction was nothing new, but it had been austere and geometric. These abstract paintings were fierce and passionate

It’s not a recreation of the Tate show, but many of the big names are the same: Jackson Pollock, Mark Rothko, Arshile Gorky...

Since 1959, Abstract Expressionism has retreated into art history. So, after all these years, do these artists still have the power to amaze?

The term ‘Abstract Expressionism’ was coined in 1946 by an art critic called Robert Coates, to describe a group of New York artists who were fusing two different styles.

Abstraction was nothing new, but it had been austere and geometric. These abstract paintings were fierce and passionate, more like the gutsy figurative paintings of German Expressionism.

This show begins with the movement’s roots in figuration. It’s fascinating to see self-portraits by abstract masters like Pollock and Rothko. These artists were skilled draughtsmen, but draughtsmanship wasn’t enough for them.

Superficially, these artists had a lot in common - but seeing them all together, you’re struck by how diverse they are: Franz Kline’s dark, angry daubs evoke the industrial grime of his native Pennsylvania; Clyfford Still’s brighter paintings radiate the sunlit splendour of his adopted California; Jackson Pollock’s dynamic action paintings capture the wide horizons and open spaces of the Midwest. 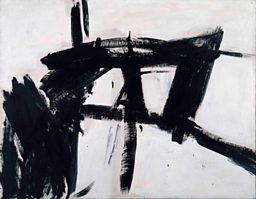 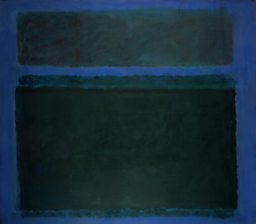 “There’s something about the landscape, the great American countryside - the vastness of it - that has a real presence in Pollock’s work,” says the show’s co-curator, Edith Devaney.

Pollock dominates this exhibition, with one enormous room devoted to his explosive oeuvre. This display features some precious treasures: Pollock’s biggest painting, Mural (commissioned by Peggy Guggenheim to decorate her Manhattan townhouse) opposite arguably his greatest painting, Blue Poles, on loan from the National Gallery of Australia.

Pollock dominates this exhibition, with one enormous room devoted to his explosive oeuvre

A particularly poignant inclusion is The Eye is the First Circle by Pollock’s widow, Lee Krasner, a tender tribute to her husband painted after his suspected suicide.

Rothko and Gorky also took their own lives. Just a coincidence? Quite possibly.

Lots of figurative artists killed themselves. Plenty of Abstract Expressionists lived long and happy lives. Yet many of these paintings do seem imbued with an almost overwhelming sense of hopelessness.

It’s this emotional honesty which makes them so alluring. You could call them protest paintings – about the pain of being alive. Great art can transform suffering into beauty, and these paintings are beautiful, in an intensely disturbing way.

“It’s one of those movements that changed our perception of what went before,” says Devaney. “It had a really profound impact on art today.” 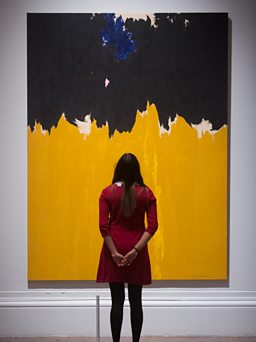 Of the artists who survived, many returned to figuration. Maybe that level of intensity was simply impossible to sustain. Willem De Kooning painted a series of female nudes, recalling German Expressionists like Ernst Ludwig Kirchner. They attracted accusations of misogyny, though it’s difficult to see why.

“I see the horror in them now but I didn’t mean it,” he explained, disarmingly. “I wanted them to be funny – so I made them satiric and monstrous.” In these paintings, abstraction and figuration come together. They’re the most thrilling pictures in this show.

Abstract Expressionist is a convenient umbrella term for these extraordinary artists, but they were never a narrow clique, like the Surrealists. Above all, they were great painters.

Their love of painting was their manifesto. There were no rules. Their use of paint was sculptural, their work was monumental. In the end, they weren’t so different from the Old Masters. Rubens would have relished their dramatic sense of scale.

Do see this show in the flesh, if you can, rather than just looking at it online. A lot of these pictures are rarely loaned. Many are in private collections. As Devaney (rightly) says, these are the jewels in the crown.

This is a once-in-a-lifetime opportunity to see so many Abstract Expressionist masterpieces in one place. Unless you can afford to trek around the USA, going from gallery to gallery, I doubt you’ll ever get another chance as good as this one – not unless you’re willing to wait another 60 years.

There are still some Royal Academicians left alive who saw New American Painting at the Tate in 1959. “It really did change how they thought about painting,” says Devaney. “It still looks enormously powerful – it still has that incredible energy.”

She’s right. Nothing’s changed. Abstract Expressionism still has the power to change the way you think.

Abstract Expressionism is at the Royal Academy, London, from 24 September 2016 until 2 January 2017. 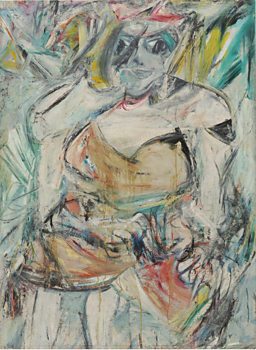