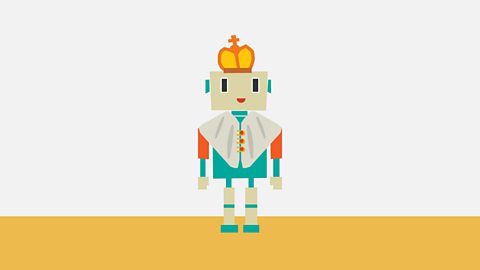 Read by Elizabeth Counsell from the BBC Radio Drama Company.

We lay there, dead still, holding our breath, waiting for the moment to pass. My mother had her hand over my little brother's mouth. We could sense their presence above the floorboards, scouring the kitchen, scouring the area of all movement, all sound, all smell.
Suddenly, we heard their clunking feet march out of the room. My father let out a sigh of relief. "That was too close." he said. "All they had to do was lift a floorboard and we would have been done for". I lay my head on my dusty pillow.

All night the image of two animatronic eyes piercing through the floorboards was pasted on my mind.

Next morning I woke up to a drip of water landing on my face. I strained my eyes but could see nothing; only the floorboards above me. Later on that day we shared a loaf of bread and some butter. It was the first real food I had had in days so I savoured it. It felt like years since I had been outside. I longed for the feel of crisp air caressing my face, and the smell of fresh towels dancing in the breeze.

The next day, I woke up to hear clunking feet. Instantly, I froze. This was the closest they had ever come before as they checked the storage unit. The second Sweep in two days which meant they were on high alert.

Again, I felt that drip the next day. It was starting to bug me, so I moved my pillow to a new location.

With urgency, my father woke me up. He pressed his finger against his lips and nodded his head in the direction of the ceiling. There were more this time, a dozen or so. This was the largest one yet. Suddenly we heard a booming voice from upstairs.

"63% of the human population remaining".

My mother lowered her eyes to the dirty floor in despair. More than half of the earth wiped out by those stupid robots. If I could have jumped out and shot them, I would have. But what use is a gun against impenetrable, fleshless, titanium? We no longer know our rivals. They lack empathy, which means fighting is futile. Simultaneously, I saw two robotic eyes light the corner of our room. This was it; I had blown our cover.

I backed away, edging towards my mother and father who were knotted in a desperate embrace. My heart was about to jump out of my chest and beads of sweat formed on my forehead. My brother squealed before father could muffle the sound of his voice.

"What was that?" yelled a heartless voice from above the floorboards.

My eyes locked with its. It was a cold empty stare. Lacking emotion, it pointed to the small fire escape in the shadows of the room. Our escape.
Without a glance we crept like rats to our freedom.