Before the Flood: The Fact File

The read-through for Before the Flood took place shortly after that for Under the Lake on Wednesday, 17 December, 2014. Filming began in January, 2015 and the adventure was the first of Series 9 to be shot. 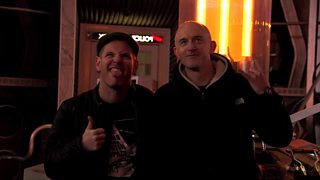 The rock version of the opening theme music was arranged by Murray Gold and Slipknot’s Corey Taylor provided the Fisher King’s roar, making this one of the most rock out episodes ever!

The composer the Doctor talks about at the top of the episode is Ludwig van Beethoven (1770 - 1827). He was almost totally deaf during the last decade of his life but during these years he continued to write and composed many of his most admired pieces. Want to know more? Check out Discovering Beethoven!

The Doctor breaking ‘the fourth wall’ by appearing to directly address the audience is rare but not without precedent. In The Invasion of Time the Fourth Doctor looks into the camera and observes, ‘Even the sonic screwdriver won’t get me out of this one!’ Most famously, in The Daleks’ Master Plan, the First Doctor explicitly addresses the audience with the words, ‘Oh, and incidentally… a happy Christmas to all of you at home!’ More recently, the Doctor’s ruminations at the beginning of Listen could be interpreted as the Time Lord speaking directly to viewers.

During the pre-title sequence we get a great view of the Doctor’s amplifier. It’s another piece of electrical equipment with the famous ‘Magpie’ branding which we’ve previously seen on many items including Martha’s television set (in The Sound of Drums) and various TARDIS console components during the Eleventh Doctor’s era. ‘Magpie Electricals’ was a radio and TV shop in London, first seen in The Idiot’s Lantern. It’s an enduring concern as there was a ‘Magpie’s Electricals’ on board Starship UK in the 33rd century! 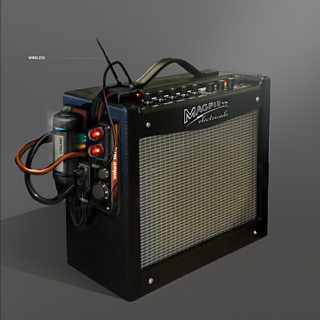 The line on Prentis’ business card, ‘May the remorse be with you…’ could be seen as a cheeky reference to the expression spoken in every Star Wars movie, ‘May the Force be with you!’

At one point O’Donnell says, ‘One small step for man. One giant…’ before indicating Bennett had thrown up! It’s the second time during the Twelfth Doctor’s era that Neil Armstrong’s famous line – ‘One small step for man… One giant leap for mankind!’ – has been referenced and subverted. In Kill the Moon, Courtney declared, ‘One small thing for a thing! One enormous thing for a thingy thing!’ as she leapt onto the lunar surface.

This isn’t the first time the TARDIS has visited 1980. In Pyramids of Mars the Doctor shows Sarah Jane an alternative version of Earth, indicating what would happen to the planet if he didn’t thwart the evil Sutekh.

O’Donnell makes several references to the Doctor’s history, mentioning previous companions Rose Tyler, Martha Jones and Amy Pond. Harold Saxon (the alias of the Master/Missy during the Gallifreyan’s time on Earth throughout The Sound of Drums / Last of the Time Lords) is mentioned and events of Kill the Moon directly alluded to. But from the Doctor’s reaction to ‘the Minister of War’ it’s clear that this particular figure is from his personal future… 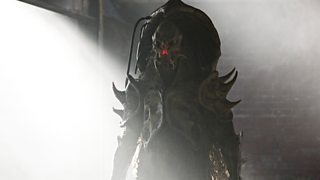 The Fisher King is voiced by Peter Serafinowicz and has a roar provided by Corey Taylor. Find out more about bringing the character to life in Doctor Who Extra: The Fisher King.

Outside the world of Doctor Who, the ‘Fisher King’ is a mysterious and powerful figure that has pervaded myths, legends and other stories for centuries, most notably as part of the Arthurian legends in which he was entrusted with the Holy Grail. You can find out more about the Fisher King in this fascinating edition of In Our Time.

‘Security Protocol 712’ was introduced in Blink where a hologram of the Tenth Doctor addresses Sally Sparrow and Larry Nightingale after they make it into the TARDIS. Similar holograms have been seen in the time machine during The Parting of the Ways (when Emergency Program One kicked in, allowing a hologram of the Ninth Doctor to address Rose) as well as in Let’s Kill Hitler when the Doctor activating ‘voice interface’ produced depictions of himself plus Rose, Martha, Donna and Amy as a child.

The ‘Bootstrap Paradox’ is a thing that… Oh, we’ve probably already gone on enough for one Fact File. Google it.