With allergies on the rise, many people are worried about whether they, or their children, may have an allergy, or an intolerance to certain foods. There are many companies that offer home testing – either in the form of a kit that can give you an instant result, or by testing samples that you send off. 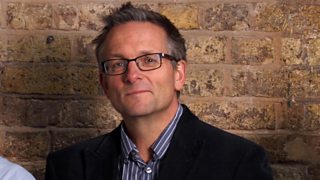 We consulted Dr Adam Fox, an allergy specialist from Guy’s and St Thomas’ hospital, on whether any of these tests were useful and worth doing.

Coeliac disease is not an allergy or an intolerance but an autoimmune disease. It causes severe gut problems when people who suffer from it eat gluten, and can lead to damage to the gut lining. Therefore people with coeliac disease need to avoid all gluten for the rest of their lives.

There are a few home test kits available for coeliac disease that involve taking a finger prick of blood. You will get a result in a few minutes. Adam’s advice is that these kits are generally quite accurate in what they test, but they are designed to rule OUT coeliac disease, i.e. they can tell you don’t have it, they can’t tell you that you do.

If you’ve taken this test and got a positive reading you MUST ALWAYS then consult a doctor, as this blood test is only an indication – the final diagnosis requires a gut biopsy. Your doctor can also do the blood test for free.

It is also crucially important that you have been eating gluten regularly for at least 6 weeks before taking the blood test. If you have already excluded gluten from your diet then the blood test will not be able to tell you whether or not you have coeliac disease.

Allergies are an over-reaction of your immune system to something which it wrongly identifies as a threat. One of the most common is hayfever – a reaction to pollen – and it involves a sudden release of antibodies called IgE antibodies. These cause a release of chemicals called histamines in your body which give the classic signs of itching, sneezing and runny eyes and nose. Occasionally they can also cause swelling of the airways and full ‘anaphylactic shock’.

An allergic reaction to something will be quick – sometimes almost immediate.

There are a few companies that sell tests for allergies. Some claim to be able to do this from samples such as a hair sample, others from things like your grip strength. None of these have any scientific validity at all. Only a blood sample can be used to identify an allergy.

A blood test for IgE antibodies can be helpful in diagnosing an allergy, but IgE levels vary enormously between individuals and are also specific to particular things (like pollen, or foodstuffs). A general measure of your overall IgE levels will not be very helpful.

If you think you have an allergy to something, and are concerned about it, then you should visit a medical professional (there are allergy clinics all over the UK). They will help identify it firstly through identifying the symptoms that you have and what triggers them, and then doing a specific test for the IgE antibodies that seem most likely, from your medical history, to be causing the trouble.

Adam’s advice, then, is that home testing for allergies is not useful – medical expertise is needed to determine exactly what test is best in your particular circumstances, and then to interpret it with your symptoms in mind.

Intolerances are very different from allergies. They cause symptoms that take hours, or even days, to manifest and can be difficult to diagnose. They are often caused by someone not having the right enzyme to digest a food properly, although can have other causes too, which can be difficult or impossible to test for.

Some home tests for intolerance, like those for allergies, claim to be based on hair samples or ‘energy’. These have no scientific basis whatsoever.

Blood tests for intolerances usually measure the levels of antibodies called IgG antibodies in the blood (different from the IgE antibodies involved in an allergic reaction). These are the most common antibodies we have, and are involved in fighting disease and infection from viruses, bacteria and fungi.

There has been a lot of interest in linking the gut symptoms that people suffer when eating some foods with IgG antibodies, but despite some researchers finding links, no diagnosis of a food intolerance can be made from an IgG test. Your IgG antibody levels will fluctuate daily depending on what you have been eating recently. In fact, some researchers have been working on a way of using IgG tests as a means of telling exactly what someone has been eating!

Having a positive IgG result to certain foods does not indicate that you have an ‘intolerance’ to those foods.

The advice from expert groups around the world is that IgG tests should not be used as an attempt to diagnose an intolerance.

If you think that you, or your children, may have a food intolerance, then you should talk to your doctor and try an ‘elimination diet’. This involves removing a single foodstuff from your diet for a period of time, and recording changes in symptoms. Then you should re-introduce the food and continue to monitor symptoms. Ideally this should be done ‘blinded’ – so that you do not know when you are eating the foodstuff again, and so your symptoms cannot be put down to the placebo effect.

It is very important not to eliminate common foodstuffs from your diet without consulting a medical professional – especially in growing children.