It’s cold, it falls from the sky and we love it. But how much do you really know about "white rain"? Read on for some little-known facts.

1. There was once an entire ‘Land of Snow’ 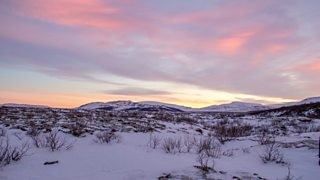 Yes, the country that Björk was born in was initially dubbed Snowland (Snæland) by Naddoddur Ástvaldsson, the first snappily-named Norseman who discovered Iceland, accidentally, around 800AD.

The first Viking to go to Iceland on purpose was Flóki Vilgerðarson, who was dubbed "Raven-Flóki" Vilgerðarson for his unusual practise of taking ravens with him on voyages for navigational purposes.

Despite his pioneering avian directional techniques, in the 9th century he reached the country, nearly died, and quickly left again.

But not before he called it Iceland. And the name stuck. The way ice does sometimes.

One organisation who would love the country to return to their previous Snowland moniker is Iceland – the frozen food people. They have wrangled with the Icelandic government over use of the name.

Everyone knows about the remarkable Ernest Shackleton and his almost disastrous Nimrod Expedition to the South Pole in 1907-1909. But what isn’t readily reported are the contents of his medical kit, which reads more like a party weekend in Ibiza than an esteemed adventurous endeavour.

As well as lashings of whisky given liberally to the crew, suspected diarrhoea was to be combated by a substance containing a mixture of "chalk ground up with opium". Cases of colic were to be treated with a tincture made up of chilli powder and cannabis, while those stricken with snow blindness would have cocaine dripped directly into the eye.

It may not have worked, but it must have been the most convivial antarctic expedition going. 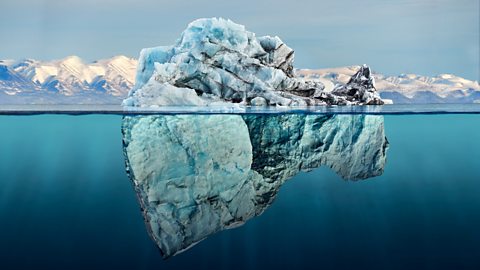 Discover the natural and haunting sounds made by the movements of deep frozen ice.

As we all know, not everything we were taught in school was 100% correct and this is true of snow.

From day one we were told that no two snowflakes are alike and that they are all hexagonal and symmetrical. Turns out this was a ruse adopted by lazy primary school teachers who wanted to keep us all busy with pieces of paper and safety scissors.

Destroying all those childhood dreams is Professor Kenneth G. Libbrecht who has compiled The Field Guide to Snowflakes, specifically for all the snowflake collectors out there (you will need a fridge). He has surmised that flakes come in all shapes and sizes: pointy ones, triangular ones, 12-sided ones and, mainly, lumpy ones.

Snow is actually translucent, with the light reflecting off it making it appear white. The many (often lumpy) sides of the snowflake scatters the light in many directions, diffusing the whole colour spectrum.

Though dust or cryophilic fresh-water algae can colour it pink, orange or blue. Pink snow can be found at high altitude and was referred to as Watermelon Snow in the early writings of Aristotle.

5. Blizzards are more complicated than you think

When there’s a mild coating of sleet on the bonnet of the car, most people will understandably start impulsively hoarding tins of food, dust off the generator and begin to scream "BLIZZARD, BLIZZARD, BLIZZARD!".

But chances are it’s not actually a blizzard. Technically snowfalls have to adhere to a strict set of stipulations to qualify for this title. Wind speeds have to reach a healthy 30mph or more, and visibility must be reduced to 200 metres or less. Anything less than 30mph or with visibility over 200 metres just WISHES it was a blizzard. 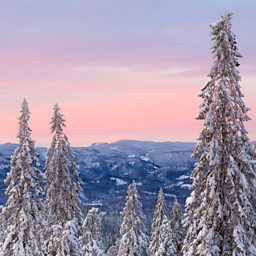 6. One city tried to outlaw snow

After frequent mounted attacks from snow every winter, the city of Syracuse in New York finally decided that enough was enough. During the winter of 1991/1992, they suffered a record deluge of more than 162.5 inches which, we can all agree, is a lot.

Thoroughly sick of the tyranny of ploughs and gritting, the local council decreed: "Be it resolved, on behalf of the snow-weary citizens of the city of Syracuse, any further snowfall is expressly outlawed in the city of Syracuse until December 24, 1992."

Mother Nature, who appears to have a sense of humour after all, then deposited EVEN MORE snow during the next winter with a whopping 192.2 inches cursing the beleaguered town. The moral? Snow respects no laws in the face of legislation. 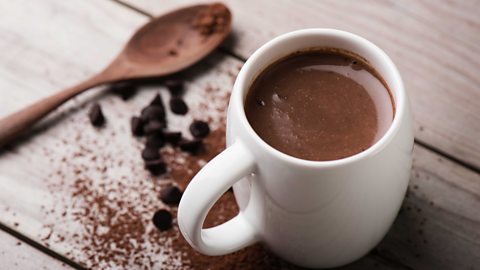 Is this the ultimate hot chocolate?

Tips on how to make the best hot chocolate.

7. Some people are scared of snow

Turns out that chionophobia is not a fear of chins. It is in fact a fear of snow. (The fact that this is an article about snow might have tipped you off.)

It’s claimed that famous explorer Scott of the Antarctic almost certainly didn’t suffer from this condition.

8. For the first eight years of Charles Dickens' life, every Christmas was a white Christmas

As a nation we are obsessed with the notion of a White Christmas, in part because of that song. But also due to the fact Charles Dickens seemed to insist that snow blanketed every urchin in old London town during the month of December, and a goose was a suitable form of payment for your employees.

Chionophobia is a fear of snow.

In fact, Dickens was born at the tail end of the period known as the "Little Ice Age" which stretched from around 1550 to 1850 during which time a colder climate endured. So Little Charlie D (as he was known) grew up literally caked in snow.

But if we define a "white Christmas" as one where snow is actually lying on the ground, they are quite a rare occurrence with only four happening during the last century. So Bing Crosby has being fibbing through song for all these years.

The Arctic. Quite snowy there.

9. There’s a reason it seems quieter after snow

Fresh, lovely, fluffy duckling-like snow that has freshly fallen absorbs sound waves, giving everything a seemingly hushed and delightful ambience. Perfect for ice-based horror movies such as The Shining, Murder at the Ice Hotel or The Unwrappening.

But be warned. If the snow melts and then refreezes as ice, it can reflect sound waves making sound travel further and clearer. So snow can make things both quieter and louder. You don’t get these problems with hail.