Has a child ever asked you a simple question about money to which you've found yourself struggling to give a good answer?

Well, that's exactly what happened to Jeremy Vine recently when his daughter asked him 'why is it wrong to print money?' So, Jeremy thought he'd get an expert to answer instead. He invited the economic historian Professor Robert Skidelsky onto his Radio 2 show to answer six of his daughter's questions about economics.

From defining capitalism to explaining how exchange rates are calculated, here’s what we learned. 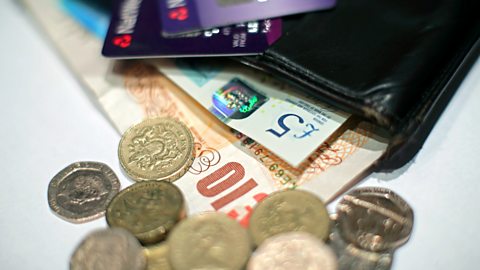 Explaining economics to an 11-year-old

1. What exactly is capitalism?

"The simplest way of explaining it," said the Professor, "is that it is a system of production for private profit."

Everything that is produced in a capitalist economy needs to produce a profit for the individual or company that produces it. Except for loss-leaders, Robert explained, you are never going to buy something in a supermarket that doesn't cost you more than it did the supermarket to buy it in the first place.

However, not all production is done by private enterprise. Hospitals and schools produce services, but they are produced by the government, as not everybody in society would be able to afford the cost of those services if they were produced by private companies. Therefore, we don't actually live in a pure capitalist economy. We live in a mixed economy - with a private sector and a public sector.

2. Why can't countries just print more money when they need it?

The standard economics answer is that this would lead to high inflation. "That means that all goods would cost more," the Professor explained, "and if you think of the NHS for example, then the government would have to pay more for all the drugs and other things it has to buy and, therefore, there wouldn't be any increase in their quantity."

He clarified that simply printing more money just means there's more money in an economy chasing the same number of goods, and so the price of the goods goes up. Although, he added a caveat that this isn't always strictly true and it very much depends on the amount of slack you have in your economy.

3. Why is it wrong to forge your own money?

"The simplest answer is that it's illegal," Robert said. But that clearly isn't a sufficient economics answer. "It's exactly like the answer to the previous question," he continued. "You're producing more money for the economy, so the prices go up. It's inflation again."

4. Why didn't anyone predict the 2008 financial crisis?

As Jeremy's daughter pointed out, there's so many bright economists out there, you would imagine that some of them must have been able to predict the crash so that we could have done something to avoid it.

The Professor believes that the reason nobody predicted it was because no one thought it was possible. "All the economists and politicians were focused on the problem of inflation," he explained. "They thought that rising prices was the problem and they couldn't imagine that the banking system was about to go bust."

He elaborated that economists at the time believed that the banks were adequately assessing their own risks and there was no chance that they could all collapse due to their own debt and poor investments. As a result, governments didn't take precautions against the collapse and, in his opinion, still haven't taken enough precautions against another collapse happening in the future.

5. What determines how much one country's currency is worth compared to another?

So, we're talking about foreign exchange here. "The standard economics answer is it depends on supply and demand," said Robert. "For example, if more English people wanted to take their holidays in Paris than French people wanted to take their holidays in London, there would be more demand for the Euro - so the pound would go down against the Euro." He elaborated that this is also true for trade. If we want more foreign goods than foreigners want our goods, then the value of our money would go down against the value of their money.

6. Why don't countries in large amounts of debt just refuse to pay it back?

"Of course governments can cancel their debts," explains Robert, "but then people are less likely to lend money to them again in the future."

He gave the example that if you personally lend someone 10 pounds and they don't pay you back, then you're unlikely to lend it to them again. Or if you do, you might be inclined to ask for 11 or 12 pounds in return - which is called interest. Just like individuals, unreliable governments are asked to pay more and more interest to borrow money. That's why it's much better for governments to pay back their debts - if they didn't, they'd struggle to borrow again in the future.