Playing favourites: How do you pick Scotland's best book?

In August 2016 viewers voted for Scotland's Favourite Book. The longlist of 30 titles was selected by a panel of experts, in collaboration with the Scottish Book Trust - among them PROFESSOR WILLY MALEY of the University of Glasgow. Here, he explores why we find it so tough to pick our favourite read, and reflects on a few of the Scottish works that didn't quite make the cut.

Of course, we each have a favourite book and we think we know exactly what it is, but when we start making a list we soon realise we have more than one.

We might find ourselves torn between a cherished tale from long ago that left a lasting impression and a more recent story that gripped our imagination and won’t let go.

Is our favourite book a portrait in the attic that serves to help us stay the same? Or is it a strong flavour that changes with our taste? There’s always a beloved book left on the shelf like a younger self once we start expressing preferences. We are faced with having to choose between favourites, and that’s when it gets tricky.

Some might say that the difference between a true book-lover and a fan of fiction is that the former never has favourites. Bookies pick favourites, the line goes, not book-lovers. But sometimes even book-lovers like us have to choose, especially if we’re asked nicely and believe it’s for a good cause – and encouraging reading is a great cause. 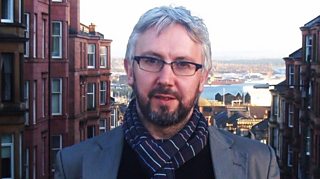 In order to arrive at the 30 books on this list, the three members of the panel – Philippa Cochrane at the Scottish Book Trust, Jenny Niven at Creative Scotland, and myself – had to kill a few darlings of our own. Once we had settled on our selection we were left pondering the ones that got away, the read not taken.

Neil Gunn’s The Silver Darlings was one of those treasured texts that missed the boat after much debate. Likewise, we had all been in favour of Leila Aboulela’s The Translator, a beautifully rendered novel that offers unique insights into faith and love, profoundly relevant to Scotland today. Aboulela described her novel as “a Muslim Jane Eyre”.

It is certainly part of a rich tradition of revisiting or “writing back” to classic works of literature. Yet it didn't make the final cut, and this is only one instance of the many omissions that came about because we were spoiled for choice, pressed for time, and short of space.

Those voting for Scotland’s Favourite Book will have their own suggestions for further reading, their own list of forgotten favourites, neglected novels they will want to dust off and pore over again.

Literary lists have a long history, and are always bound up with old quarrels about what’s of real value and what’s merely in vogue. The classic that enthralls successive generations will outlive the one-hit wonder that fades quickly, like all fads. But this is not the whole story. Sometimes a book goes out of print that deserves a new lease of life. And what is a novel if not a story that stays new or can be read anew?

Lists are great fun, and vital too for sparking serious discussion about our reading habits

Lists are great fun, and vital too for sparking serious discussion about our reading habits, the books close to our heart and the ones we feel we were taught or told to like.

Back in 1984 when Anthony Burgess compiled Ninety-Nine Novels: The Best in English Since 1939, he added the words “A Personal Choice” to the subtitle, just to be clear that this was his own selection, lest his readers take it as tablets of stone.

Burgess’s list was followed by Margaret Drabble’s Twentieth Century Classics in 1986, at which point Book Trust Scotland (as the Scottish Book Trust was then known) decided to get in on the act, and in conjunction with the British Council commissioned Edwin Morgan to write a brilliant little booklet entitled Twentieth Century Scottish Classics. Morgan’s list of the country’s finest fiction was as engaging, thought-provoking and up-to-date as his poetry.

It’s 30 years since Morgan’s personal choice and much has happened in Scottish writing in the meantime. Some of the most striking developments are charted in the list of 30 books that you are now invited to choose from.

Ours was not a personal choice but a three-way discussion. That made it more interesting, but it never made it any easier. Then again, we only had to choose 30 books from hundreds of potential starters.

You now have the far harder but also far happier task of picking just one favourite from this formidable lineup. Our list is not a closed book but an open invitation. Go ahead, pick one. Who knows, yours might top the list.